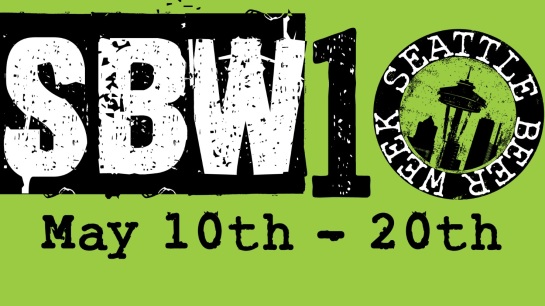 END_OF_DOCUMENT_TOKEN_TO_BE_REPLACED

It’s been a warm Seattle Summer.  With temperatures reaching into the high 90’s the other day, however, I know a lot of people who are glad that the rain is back, at least briefly, and the temperatures are dropping a bit.  Personally, I don’t mind the warmer temperatures we’ve been having.  Our Summers are traditionally pretty short here in the Northwest, so I say enjoy the heat while it’s here.  Soon enough the clouds and rain will be back for months on end (*muffled cheers from the back of the room*).

The warm Summer weather is also a great excuse to drink some beer styles I don’t always seem to get enough of: Saisons, Pilseners, German Lagers and, of course, the first Fresh Hops beers of the season are starting to appear.  Two Beers Brewing (CBM Sponsor) was first out of the gate again this year, releasing their 2014 Fresh Hop ale just this past weekend.