As I recently mentioned in another article here on CraftBeerMonger.com, Cascade Brewing Company in Portland, Oregon has, for years, set the gold standard for Sour Ales produced in the Pacific Northwest. They’ve been producing outstanding Sour Ales since 2006 and I can honestly say I’ve never had a beer from them that I don’t like.

Most craft beer lovers I know have at least a few Cascade bottles in their cellar. If you don’t, or if you’d like to make your cellar a bit more Cascade heavy, then they have an event coming up next week that you’ll want to check out. From July 22nd through July 29th, Cascade is hosting a “Raid The Cellar” event, with heavily discounted pricing on select Sour Ales.

END_OF_DOCUMENT_TOKEN_TO_BE_REPLACED

I love a good Sour Ale. We’ve got a few breweries around the Sound producing some excellent sours (Urban Family Brewing and Engine House No. 9 are two that immediately come to mind) but, for me, the gold standard for sours from the Northwest is still Cascade Brewing Company out of Portland, Oregon.

For years, Cascade was the name that immediately sprang to mind whenever anyone asked about good sour ales from the Northwest, and with good reason. Cascade’s portfolio speaks for itself and now they’ve released their two latest creations: Ocean Views Hazy Pale and Coastal Gose. While it’s obviously not a Sour Ale, Ocean Views marks the first been Cascade has released in 16 oz cans, and it will see national distribution. Coastal Gose will release in 500ml bottles and will also be distributed nationwide.

END_OF_DOCUMENT_TOKEN_TO_BE_REPLACED

I don’t know about the rest of you, but I’m a big fan of Sour Ales. That puckering tartness they impart can be too much for some, but it tickles my palate’s fancy and I’m always ready to try a new Sour Ale. We have some great local breweries that make some truly amazing Sour Ales, but most of them are relatively new. Before their existence, the best Sour Ales around always came from Cascade Brewing Company out of Portland, Oregon.

Cascade is still tops in my book. They’re one of my favorite Northwest breweries (as my #FF tweets can attest to), and I always keep tabs on what they’re working on next. To that end, I’m pleased to share the news with you that Cascade has released their One Way Or Another 2017 project. The 2017 version is a complex Sour Ale featuring Northwest-grown marionberries and Meyer lemon zest with Sour Blond Ale aged in oak barrels for up to 16 months.

END_OF_DOCUMENT_TOKEN_TO_BE_REPLACED 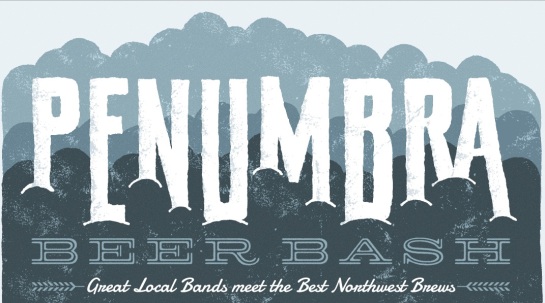 Penumbra: “(Definition-a partial shadow, as in an eclipse, between regions of complete shadow and complete illumination) – AKA the darkness that defines the silver lining.”

We’re fortunate here in the Northwest to have a plethora of craft beer festivals and events; far too many to name them all here.  You can usually find at least one craft beer-related festival or other event going on somewhere around the Sound just about every week/weekend of the year (and often, far more than just one).  We also have a few notable music festivals in town but, so far, nobody has successfully combined both types of events into a single beer and music festival that does justice to both the beer and the  music.  Penumbra is here to change that.