Wild and Sour Ales have really grown in popularity in the last few years. For the uninitiated they can seem intimidating to approach at first but, once you get past that initial uncertainly and try a few different Wild and Sour styles, most people find something they really enjoy.

END_OF_DOCUMENT_TOKEN_TO_BE_REPLACED 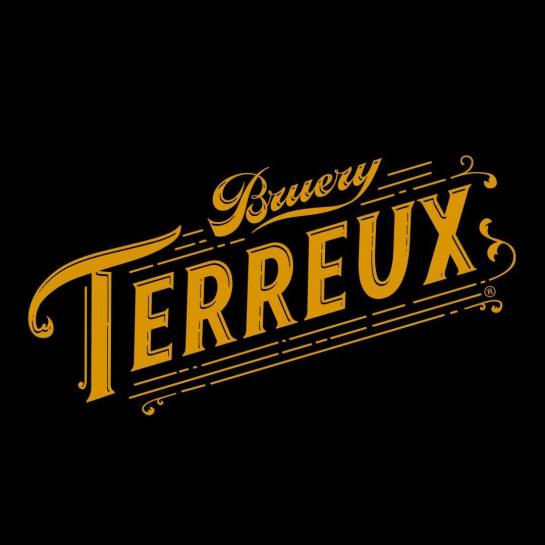 While it’s true that IPAs tend to dominate the craft beer World, I’ve also seen quite a bit of support for many other craft styles, including many Belgian styles. This is evident in the popularity of breweries like Holy Mountain, Engine House No. 9, De Garde and many, many more.

Another popular brewery that excels at producing Beigian style Ales is Bruery Terreux – a brand from The Bruery in Orange County, California that exclusively focuses on and explores the sour and wild side of beer. Bruery Terreux is pleased to announce their latest release: Saison Ardennes – a food-friendly, oak foeder-aged, Belgian-style farmhouse Ale.

END_OF_DOCUMENT_TOKEN_TO_BE_REPLACED

Ales tend to dominate the craft beer World.  Sure, there are some truly exceptional craft lagers out there but Ales, especially hoppy ones, always seem to take center stage. Even Firestone Walker Brewing Company, who first released Firestone Lager back in the year 2000, has a portfolio dominated by Ales.

Firestone Lager was discontinued back in 2007, mainly due to low demand compared with the plethora of Ales they produce. However, they feel that the craft beer landscape is changing and believe more people are open now to the idea of craft Lagers. So, Firestone Walker is pleased to announce the return of their new and improved version of Firestone Lager.

END_OF_DOCUMENT_TOKEN_TO_BE_REPLACED

Are you a fan of sour or wild ales?  Not everyone is and that’s just fine by me.  Fewer fans simply means there’s more for those of us who do enjoy them to drink.  For those who do enjoy them though, we have some breweries here in the Northwest who excel at making incredible sour and wild ales, including Holy Mountain, Urban Family, Engine House Number 9, Cascade and more.

Though I’m a huge fan of Washington (and Oregon) brewed beers, I don’t hide the fact that several of my favorite breweries are, in fact, from California including one of my all time favorites: Firestone Walker Brewing Company.  Firestone’s Barrelworks Wile Ale program has it’s roots all the way back in 2006, when Barrelworks’ Master Blender, Jim Crooks, took a trip to Belgium to work with Lauren Salazar (New Belgium Brewing).  He returned with some dregs from one of their 15 or so Foeders and placed it into a French oak wine barrel of freshly filtered and un-carbonated Firestone DBA. This experiment was the foundation of what would eventually become Barrelworks’/Firestone Walker’s Agrestic Ale.  END_OF_DOCUMENT_TOKEN_TO_BE_REPLACED

It took me a while, but I’ve come around to the can.  I guess I had some bias to overcome.  I grew up in the days when canned beer meant cheap, lousy, American light lagers in cans with pull-tabs that were littered everywhere and a real danger to anyone in bare feet.  Even worse was the so-called innovation of the ‘push button’ top, where you’d have to push one small button on the can to release the pressure, then push the other ‘button’ on the can to open it (leading to many cut thumbs).

With improvements in can design (in both opening and in making sure the contents don’t pick up any metallic taste from the can), you can now find many excellent craft beer in cans.  In fact, many of the more recent beer releases I’ve attended were to acquire beer that comes in cans. Firestone Walker Brewing Company has been canning beers for a while now (including those in their Luponic Distortion series, their Leo v Ursus series and, of course, Mocha Merlin), and now they’re pleased to announced the release of Nitro Merlin Milk Stout in cans.

END_OF_DOCUMENT_TOKEN_TO_BE_REPLACED

Back in late 2016, Firestone Walker Brewing Company announced, to the dismay of many craft beer fans, that they were discontinuing their Proprietor’s Reserve series of beers (which included their Opal Dry Hopped Saison, Double Jack IPA and Wookey Jack Black Rye IPA).  Since that decision, however, Firestone has been busy cranking out new beers at a furious pace by way of the Luponic Distortion Series as well as their Leo v Ursus Series.

END_OF_DOCUMENT_TOKEN_TO_BE_REPLACED

I’ve been a Washingtonian for nearly 20 years now.  I love the Washington craft beer scene and the plethora of wonderful craft breweries in the state, but some of my favorite breweries are still from California. One such brewery is Firestone Walker Brewing Company out of Paso Robles, CA.

END_OF_DOCUMENT_TOKEN_TO_BE_REPLACED

Firestone Walker Brewing Company has two different series’ of IPAs going right now.  First is the Luponic Distortion Series, which is currently in its 7th iteration (featuring Australian hops), and then, of course, they have the Leo v. Ursus Series.  Both series take an experimental approach, and they allow Firestone Walker to be constantly coming out with something new and unique – which is the industry trend these days.  Innovate or be left behind.

Luponic Distortion Revolution No. 007 arrived just last month and now, Firestone Walker is ready to bring us the next iteration in the Leo v. Ursus Series: Inferos.  An unfiltered Rye IPA that’s absolutely jam packed with over 4.7 pounds of Galaxy (and other) hops per barrel, Inferos sounds like a rye loving hop head’s dream.  I’ve always been a big fan of beers with rye in the malt bill and Inferos has an almost unheard of 25% rye in the malt bill.  With all that rye and all those hops, this sounds like a beer I’ll really enjoy.

END_OF_DOCUMENT_TOKEN_TO_BE_REPLACED

Even before Firestone Walker Brewing Company retired their Proprietor’s Reserve Series of beers (which included their extremely popular Double Jack Imperial IPA), they started experimenting a bit more and coming out with some really unique and delicious IPAs.  By the time Double Jack was gone in late 2016 we were already seeing the 3rd beer in the Luponic Distortion Series and, by early 2017 we got Fortem, the first in Firestone’s new Leo v. Ursus Series of IPAs.

Now Firestone Walker is ready to debut the 7th iteration in the Luponic Distortion Series.  Just released in California and hitting the Seattle market within the next couple of weeks is Luponic Distortion Revolution No. 007, featuring three different Australian hop varieties.

END_OF_DOCUMENT_TOKEN_TO_BE_REPLACED

If you want to get noticed in today’s craft beer World, you can’t rest on your laurels.  You’ve got to continue to innovate and keep coming out with new and interesting beers to keep the buzz going.  Firestone Walker Brewing Company understand this and it’s part of the reason they retired their Proprietor’s Reserve Series of beers – which included Opal (Dry Hopped Saison), Wookey Jack (Cascadian Dark Ale) and their wildly popular Double Jack Imperial IPA.

Around the same time they retired the Proprietor’s Reserve Series, Firestone Walker proceeded to release two new series of IPAs: The Luponic Distorion Series (Currently on #6) and the Leo v. Ursus Series (which consists so far of Fortem and Adversus).  Now, Firestone Walker is preparing to release a new,limited-release IPA named Generation 1 IPA.