There aren’t a whole lot of breweries in Seattle that focus primarily on Belgians, Sours and Farmhouse/Wild Ales. Some of the best known are probably Holy Mountain Brewing and Urban Family Brewing (who has returned to Ballard – opening tomorrow at noon). A few others with a similar focus have opened fairly recently including Best of Hands Barrelhouse a year ago and the just opened Fair Isle Brewing in Ballard. However, there’s another brewery in Seattle that has been quietly producing Belgians, Sours and Farmhouse/Wild Ales for nearly 6 years now. That brewery is Tin Dog Brewing in South Park.

Since opening in 2014 they’ve kept a somewhat low profile. It took them a couple of years to begin bottling, but they’ve been packaging more and more beers and just this week started sending out kegs to local craft beer bars. They have also recently rebranded themselves as a blendery (there will be no name change, however). In their own words:

END_OF_DOCUMENT_TOKEN_TO_BE_REPLACED

Arts and crafts was never really my thing. I’m creative. I used to play guitar all the time, but don’t ask me to draw anything. It would come out looking like it was made by a kid in the 4th grade. I was a bit better at working with clay, sculpting and using a pottery wheel, but I only dabbled a bit and never really got into it long term. These days, I let my creativity come out in my writing instead, but I still wish I was a better at drawing.

Do you have a gift for the artistic – or would you like to work on your artistic skills? If so, Tin Dog Brewing Company has an event coming up that might interest you. On Wednesday, March 18th, Tin Dog’s Art Series will have local artist Amanda Caps in house to host a class on creating pieces of art using Precious Metal Clay (PMC), which is clay infused with copper or brass. You can use this special clay to create your own pieces of metal jewelry to keep for yourself or gift to others.

END_OF_DOCUMENT_TOKEN_TO_BE_REPLACED

On February 10th of this year, a small brewery in Seattle’s South Park neighborhood – one some of you may not have heard of before – celebrated their latest anniversary.  That brewery is Tin Dog Brewing Company and they’ve bee operating quietly on the other side of the Duwamish since February 2014.

Specializing in Belgian-style beers, including sour/wild beers and aged, blended/mixed cluture styles, Tin Dog has been honing their craft, and their work has paid off.  I’d like to offer my congratulations to Tin Dog Brewing Company for taking home Gold, Silver and Bronze medals in this year’s wild sour beer category at the Washington Beer Awards and Brewer’s Choice Awards, taking home Gold, Silver and Bronze.

END_OF_DOCUMENT_TOKEN_TO_BE_REPLACED

Are you ready to party?  Lowercase Brewing Company certainly is.  Their taproom on Airport Way South in Georgetown turned one just this past November, but the brewery itself (still in South Park) has been around for nearly four years now.

I won’t re-hash the story of how Lowercase wound up with a brewery in South Park but a taproom in Georgetown here, but if you read my previous article (at the link above), it will explain the situation.  It actually wound up being a good thing for Lowercase because their Georgetown taproom is larger than their old one and in a better location to get more traffic.

END_OF_DOCUMENT_TOKEN_TO_BE_REPLACED 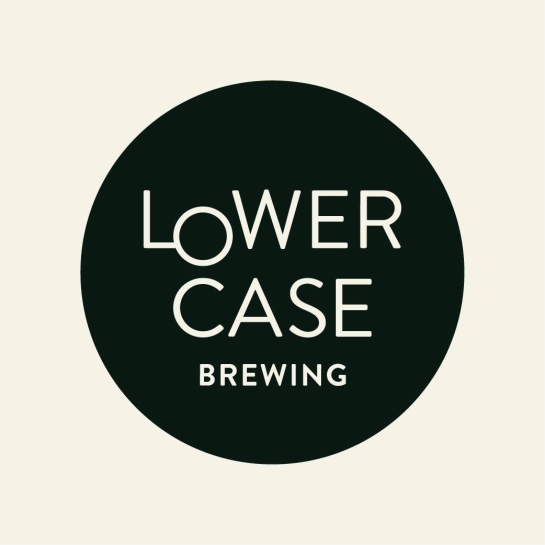 Lowercase Brewing Company first opened their doors back in January of 2014.  Of course that was back when their taproom was in South Park, where they shared a building with Burdick Brewery.  By early 2016, however, both breweries had a problem. The City of Seattle decided that the building that housed their taprooms was insufficient as it was and required both breweries to make some major and expensive upgrades to the building if they wanted to keep their taprooms there.

Unfortunately this demand was too costly for either brewery, so both taprooms were closed.  The breweries themselves could still operate out of their building in South Park, but had to find new taproom locations.  Lowercase wasted no time and found a new taproom location on Airport Way South in Georgetown (Burdick has also since found a new taproom space on 14th Avenue South in South Park).  After a few construction and licensing delays, Lowercase Brewing’s new Georgetown taproom opened their doors in November of 2016 and now they’re ready to celebrate the taproom’s first anniversary.  In addition, Lowercase has announced the launch of a new pop-up coffee shop, Side Hustle Coffee & Doughnuts, which will be operating Thursday through Sundays out of the taproom.   END_OF_DOCUMENT_TOKEN_TO_BE_REPLACED

END_OF_DOCUMENT_TOKEN_TO_BE_REPLACED 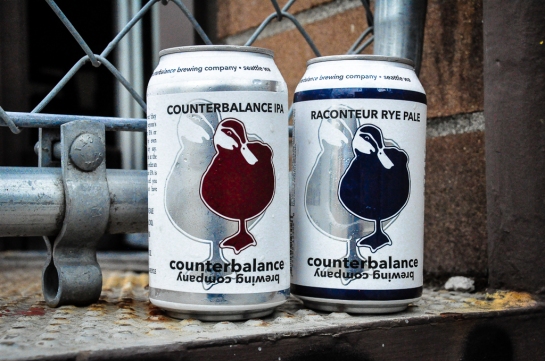 I never used to be a big fan of the can.  Like most of you, I’m sure, I prefer to get my beers on tap whenever possible.  When it’s not possible, the bottle was and in many cases still is my favorite choice.  However, there can be no denying that cans have made a comeback in a big, big way.  They’re lighter, more portable, won’t break like glass bottles and they’re easy to pack out if you want to bring some beers long for a hiking or camping trip.

Many breweries have started canning recently and now Counterbalance Brewing Company is teaming up with the new Beer Star in White Center for the official release of their first canned beers.  First up for the can treatment are Counterbalance IPA and Raconteur Rye Pale Ale.

END_OF_DOCUMENT_TOKEN_TO_BE_REPLACED

Since I live in the South end, I’ve been a bit of an advocate for Seattle’s many South end breweries.  Back in 2015 I even published an article encouraging craft beer lovers to check out all of the breweries in SoDo, Georgetown, South Park and Columbia City. As I pointed out in that article, the South end rivals Ballard for the sheer number of breweries you can visit, albeit spread out a bit more than the concentration in Ballard.

In order to continue encouraging craft beer fans to visit Seattle’s South end breweries, they have come together to form the South Seattle Brewery Coalition (SSBC), which encourages you to “be disloyal” and drink someone else’s beer.  According to the SSBC: “We love challenging one another to make better beer, to provide more excellent service, and to better educate the wonderful people who have chosen to support our businesses.”