What a year it’s been. We’ve had to deal with political madness, various ongoing marches and protests across the nation, mask mandates and lockdowns that have hurt and even destroyed so many businesses and forced so many onto unemployment, sports teams playing without any fans in the stands, and more. Thank God for beer, right? It provides at least a bit of joy in these dark and uncertain times.

As I’m sure most of you know, during this latest lockdown, I encourage all of my readers to do their part in supporting our local craft breweries, craft bottle shops and craft beer bars (at least those who are able to still serve right now because they have outdoor seating). They need our help to survive and we want them to still be around when things finally get back to normal – or whatever the new normal will be. Just be sure to always wear your mask and practice proper social distancing when picking up your beverages from your favorite places.

END_OF_DOCUMENT_TOKEN_TO_BE_REPLACED

Our World has really changed. There’s no doubt about it. With the COVID-19 pandemic and America’s pitiful response. We can’t expect things to get back to normal anytime soon. Personally, other than trump and his pitiful and downright criminal response, I blame the thousands of selfish and ignorant idiots who continue to flaunt social distancing rules and refuse to wear masks.

Many event organizers have already cancelled several events scheduled for this Fall. One of the more painful casualties will be Oktoberfest celebrations. In fact, Oktoberfest has even been cancelled in Germany this year – the first time it’s been cancelled since World War II. That means, if you want to celebrate Oktoberfest this year, you’ll have to do it at home – and Tavour is ready to help.

END_OF_DOCUMENT_TOKEN_TO_BE_REPLACED

Harvest season is upon us.  For those of us here in the Northwest, that means lots and lots of Fresh Hop Ales – which makes me quite happy.  However, the abundance of wonderful Fresh Hop beers we get this time of year can sometimes obscure the start of another great annual beer tradition: Oktoberfest.

I’m a serious hop-head, but when Fall arrives, my palate sometimes needs an occasional break from the hops and starts craving something with more of those rich, toasty and bready malt flavors.  I’m referring, of course, to the traditional, German style Märzen/Oktoberfest.

END_OF_DOCUMENT_TOKEN_TO_BE_REPLACED

New breweries open at such a rapid pace in Washington state, that I still haven’t had a chance to visit them all.  Even within Seattle city limits, there are still a couple of breweries I have yet to check out first hand.  One of those breweries is Belltown Brewing Company between 2nd and 3rd in Belltown, of course.

Not just a brewery, Belltown Brewing also offers a full bar with a wide range of cocktails and $5 Happy Hour food options, as well as a full food menu from Chef, Garrett Brown, featuring pizza, burgers, sandwiches and more – including a brunch special from noon to 4 on weekends. They even offer private dining options for groups (how ’bout a whole roast pig or lamb?) and you can always make reservations through Open Table.

END_OF_DOCUMENT_TOKEN_TO_BE_REPLACED 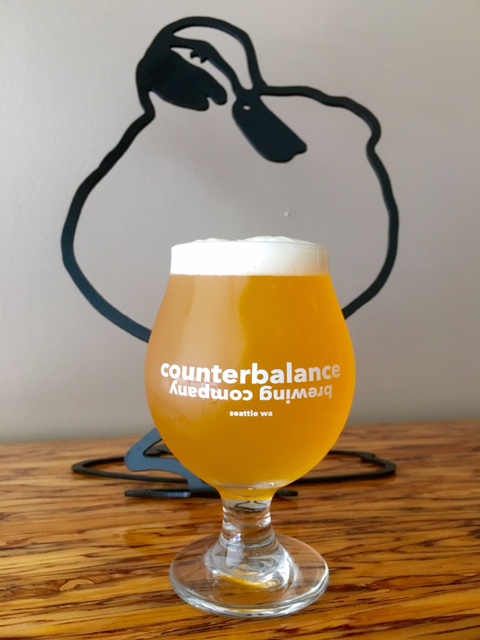 Now that you know where they are, why not come for a visit this weekend and help them welcome the return of Fall?  Coming up this Sunday the 24th, Counterbalance Brewing will host a release party for their Oktoberfestbier and Fresh Hop Ale.  Come join them for these two new releases while watching the Seattle Seahawks beat the Tennessee Titans.

END_OF_DOCUMENT_TOKEN_TO_BE_REPLACED

I can understand the viewpoint on both sides of this debate but I figure, as long as all these festivals can still find enough interested craft beer lovers to attend, then we’ll keep getting more.  With that in mind, I’d like to introduce you to the Seattle Harvestfest, which will be coming to Utah Avenue South next Thursday, September 14th.  Brought to you by Cask Creek Productions, this festival is a celebration of all the Fall/Harvest season styles we all enjoy.

END_OF_DOCUMENT_TOKEN_TO_BE_REPLACED

It’s still nice and hot out there, but the end of Summer is right around the corner.  That means it’s harvest time, which also means it’s time for Fall Seasonals to start arriving.  In the Great Northwest that means Fresh Hop beers (the first few are just starting to arrive now), but it also means other Fall Seasonals, including the Märzen/Oktoberfest style.

END_OF_DOCUMENT_TOKEN_TO_BE_REPLACED

Is it really getting to be that time already?  Summer, especially in Seattle, always seems so darn short.  A couple of weeks ago I was already seeing pumpkin beers appearing on craft beer store shelves and now, here come the Oktoberfest announcements.  Don’t get me wrong.  I love Fall and the Seasonal craft styles that come along with it, but it’s a bittersweet reminder that the days are getting shorter, the nights are getting longer and Summer is starting to fade.

Of course, as I just mentioned, Fall’s arrival also means Oktoberfest biers and Oktoberfest celebrations.  The Märzen/Oktoberfest style is probably my favorite style of Lager.  Sure, a well made Pilsner is great on a hot Summer day, but I love the more toasty malt flavors of a good Märzen.  If you’re also a fan of a good Märzen and other German/European styles (Hefeweizen, Dunkelweizen, Kölsch, Vienna Lager, Roggenbier, etc.) then you’ll want to mark your calendar for September 16th and this year’s Ballard Oktoberfest.

END_OF_DOCUMENT_TOKEN_TO_BE_REPLACED

I wonder how many young craft beer drinkers today realize that they owe the wonderful proliferation of craft beer in the U.S., in small part, to President Jimmy Carter and his brother Billy.  On October 14th, 1978, spurred on by his brother Billy who was a homebrewer, Jimmy Carter signed a bill into law which allowed homebrewing of beer in the United States. Prior to this ruling, Sierra Nevada founders, Ken Grossman and Paul Camusi, had already been homebrewing in California’s Butte County.  When it became legal, however, they decided it was time to go pro and in 1979 Sierra Nevada Brewing Company as born in Chico.

Their first beer was the popular and iconic, Sierra Nevada Pale Ale, followed soon after by Celebration IPA (now discontinued). Today, Sierra Nevada still brews many excellent and well known beers including: Torpedo Extra IPA, Otra Vez Gose, Hoptimum Triple IPA and, of course, their classic Bigfoot Barleywine plus, of course, their annual Beer Camp series of collaboration beers.  Now Sierra Nevada is ready to release their latest Seasonal creation.  This year, they have teamed up with Germany’s Brauhaus Miltenberger to create the ultimate Oktoberfest beer.

END_OF_DOCUMENT_TOKEN_TO_BE_REPLACED

It may still be Summer, but Fall beers are already starting to arrive.  In case you hadn’t noticed, Pumpkin beers are making their way back onto store shelves, and I’ve seen one or two Oktoberfest releases out there as well.

Last year, other than for a few select accounts, Firestone Walker Brewing Company didn’t release their Fall Seasonal, Oaktoberfest.  Now it’s back though, and this time it’s coming in 16 oz cans – only the second time Firestone has packaged this beer.  So dust off your lederhosen or pull your dirndl out of the closet, because Oktoberfest is right around the corner.   END_OF_DOCUMENT_TOKEN_TO_BE_REPLACED