Each year, Beveridge Place Pub in West Seattle holds an IPA competition to select their House IPA for the next year. Georgetown Brewing Company is often the winner with their Bodhizafa IPA but, for the past couple of years, there’s been another brewery nipping at their heels. That brewery is Counterbalance Brewing Company and their popular Multipass IPA, which has come in 2nd place the past two years.

If Multipass IPA is the only beer you’re familiar with from Counterbalance, then it’s high time you paid them a visit to try some of their other tasty offerings. Mark your calendar for next Friday and Saturday, January 24th and 25th when Counterbalance is set to celebrate their 5th anniversary.

END_OF_DOCUMENT_TOKEN_TO_BE_REPLACED

SEATTLE, WA – January 6, 2019 – Reuben’s Brews, a family-owned and operated Pacific Northwest Brewery, today unveiled its beer release schedule for 2020. Adding to the breadth of its beer portfolio, having released more than 170 beers last year, Reuben’s Brews is introducing a new year-round IPA as well as two new series of seasonal releases to its 2020 calendar.

END_OF_DOCUMENT_TOKEN_TO_BE_REPLACED

Black Raven Brewing Company (CBM Sponsor) has been quite busy lately. In addition to keeping things running smoothly at their original, Redmond location. Black Raven recently opened their second brewery and taproom up in Woodinville. I had the opportunity to visit their new space this past weekend, and it’s quite impressive.

The new taproom is a large, inviting open space, with large windows allowing you to see their new 40 barrel brewing system, which represents a huge increase in their brewing capacity – and they still have room to grow. Now, with their new space up and running, Black Raven is preparing for their latest release at both locations. Arriving this Friday the 26th, say hello to Holding Pattern Hazy Pale Wheat, the first beer from Black Raven’s new Flight Test Taproom Series.

END_OF_DOCUMENT_TOKEN_TO_BE_REPLACED

Summer has finally arrived in the Northwest!  It hit almost 90 degrees in Seattle yesterday and should be another hot one today. With it being so nice and warm outside, you’re definitely going to need something to help cool you down for the weekend.

Lucky for you, Black Raven Brewing Company (CBM Sponsor) is set to bring back their popular, Seasonal offering: Beaktweaker Citrus IPA.  Brewed with black lemon, orange and lemon peel, this bold, citrusy IPA should help quench your thirst on all those warm Summer days ahead.

END_OF_DOCUMENT_TOKEN_TO_BE_REPLACED

Living in the South end and working the early hours I do, I don’t get to Ballard as often as I’d like.  Thankfully, I can usually find at least some beers from a few of my favorite Ballard area breweries either on tap at some good, local craft beer bars or in bottles or cans.

One of the breweries I try to visit when I do manage to get to Ballard is Lucky Envelope Brewing Company.  I enjoy their IPAs and a few of their more unusual offerings.  Now, Lucky Envelope is preparing to release five specialty beers in celebration of Chinese New Year – Year of the Earth Dog.   END_OF_DOCUMENT_TOKEN_TO_BE_REPLACED

Between next Wednesday, January 17th and the beginning of February, Hellbent Brewing Company is set to release two beers and their first ever 16 oz cans. First us is a returning favorite: Big Island Toasted Coconut Stout.  This beer was largely inspired by the fact that one of Hellbent’s owners, Randy Embernate, is from the big Island of Hawaii.  Also on the way is their Sparrowhawk Belgian Blond and their House IPA and Dang! Citra IPA in 16 oz cans.

END_OF_DOCUMENT_TOKEN_TO_BE_REPLACED 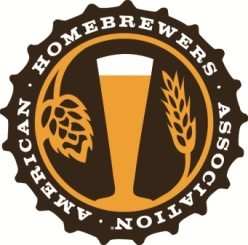 Are you a homebrewer?  Even if you aren’t, but you are a craft beer fan, I’m willing to bet you know at least a few people who are homebrewers.  I myself first started homebrewing well over 20 years ago (but I’m between systems right now, which is killing me!) and back then, just like today, many homebrewers started out by trying to recreate some of their favorite craft beers at home.

Back in my early days, when craft breweries were few and far between, the holy grail for many homebrewers was to successfully reproduce or ‘clone’ beers like Sierra Nevada Brewing‘s Pale Ale.  If you could do that as a homebrewer back in the early 90’s, then you really knew your stuff.  The challenge was that you pretty much had to come up with the recipe on your own.  The homebrewing community was much smaller, there were few helpful recipe guides and there was no brewing software like BeerSmith or Brewtarget  to help you out.

END_OF_DOCUMENT_TOKEN_TO_BE_REPLACED

Last year, Lagunitas Brewing Company introduced 12th Of Never Ale, their first ever canned beer.  This assertive IPA is citrusy and full-bodied yet still light on the palate.  Like so many other beers from Lagunitas, it became an instant hit and Summertime favorite for many craft beer lovers.  Lagunitas was even nice enough to provide an ample supply of 12th Of Never Ale for a local, private fundraising event I recently attended.  Thanks guys!

Well, 12th Of Never Ale is back for 2017.  This time, however, there’s one big difference – the size.  Those cute little 12oz cans of 12th Of Never you’ve been drinking?  Yeah, they have a new big brother: the 12th Of Never 19 oz tall boy.  That’s right.  This Summer, when you take 12th Of Never along for your adventures, you’ll be able to bring it in a new container that will give the other beers people have packed in a serious case of can envy.

END_OF_DOCUMENT_TOKEN_TO_BE_REPLACED

After retiring their Proprietor’s Reserve Series last year (which included one of my all time favorite IPAs, Double Jack), Firestone Walker Brewing Company embarked on two new series of IPAs.  First came the Luponic Distortion series, which is currently on version #6 and then came what is probably my new favorite IPA from Firestone Walker, Fortem; the first in their new Leo v. Ursus series.

I’ve been enjoying plenty of Fortem since it arrived in late February.  Now, I’m eager to try the next beer in the Leo v. Ursus series: Adversus.  It was released at Firestone Walker back on June 10th and should start arriving on Seattle store shelves and taps any day now.