Many of you probably know about Yonder Cider. However, if you haven’t been following the news you may not be aware that Yonder Cider was recently forced to close their carry-out taproom in Seattle’s Greenwood neighborhood due to a series of (in my opinion, unfounded) complaints form ONE anonymous and apparently disgruntled neighbor. It was sad and, frankly, maddening to see the city allow a single person’s unverified complaints to shut down a struggling small business with their bogus claims.

Thanks to a new partnership with Bale Breaker Brewing Company, however, Yonder will be back with a vengeance. That’s because Bale Breaker & Yonder have just announced that they will be opening a joint taproom in Seattle’s Ballard neighborhood by this Summer. They will be moving into the space formerly occupied by the now closed Populuxe Brewing Company (RIP, Populuxe).

END_OF_DOCUMENT_TOKEN_TO_BE_REPLACED 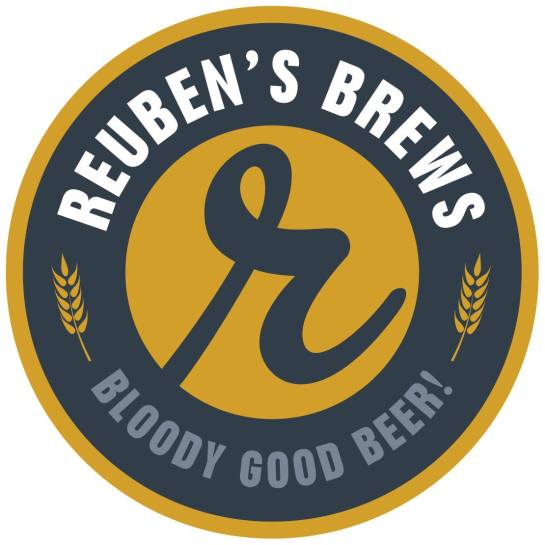 When you stop to think, it’s actually pretty amazing that Reuben’s Brews has only been around for just under 7 years. In that relatively short time, they’ve amassed a huge and loyal following, expanded the brewery twice (now encompassing three locations) and expanded their distribution across the state and into Oregon.

Their popular ‘Crush’ series keeps the hits coming, but hazy IPAs are by no means all Reubens brews. At their taproom on 14th Ave NW, you’ll find well over 20 beers on tap at any given time, spanning styles including: Pilsers, Goses, Belgian Wits, Porters, Stouts, Sours and more. The tap list as Reuben’s Brewtap (800 NW 46th St.) is a bit smaller, but you’ll still find the same wide variety.

As they approach the 7 year mark, Reuben’s is preparing for an anniversary celebration at all three of their locations: The 14th Ave NW taproom, the Brewtap and their original brewery location on NW 53rd Street.

END_OF_DOCUMENT_TOKEN_TO_BE_REPLACED

I’ve been following Black Raven Brewing Company (CBM Sponsor) ever since they first began, taking up just a small portion of the building at 14679 NE 95th Street in Redmond. Today they occupy virtually the entire building and just recently opened their 2nd location at 15902 Woodinville Road in Woodinville. Over the years they’ve provided us with so many amazing and memorable beers. Some of those that stick out the most in my mind include: Trickster IPA, Wisdom Seeker Double IPA, La Petite Mort (and La Mort Bourbon!), Kitty Kat Blues, Second Sight Scotch Ale, Great Grandfather Raven Bourbon Imperial Stout, Gunpowder Plot Nitro Porter and many, many more.

Their new Woodinville brewery and taproom is quite impressive. The taproom is a big, open space with large windows behind the bar, allowing you to see right into the brewery. If you haven’t had the opportunity to visit yet, then here’s your perfect excuse. This Saturday, August 17th, Black Raven Brewing Company will celebrate their 10th Anniversary with the 10th annual Flock Party at their new Woodinville location.

END_OF_DOCUMENT_TOKEN_TO_BE_REPLACED

Black Raven Brewing Company (CBM Sponsor) has been quite busy lately. In addition to keeping things running smoothly at their original, Redmond location. Black Raven recently opened their second brewery and taproom up in Woodinville. I had the opportunity to visit their new space this past weekend, and it’s quite impressive.

The new taproom is a large, inviting open space, with large windows allowing you to see their new 40 barrel brewing system, which represents a huge increase in their brewing capacity – and they still have room to grow. Now, with their new space up and running, Black Raven is preparing for their latest release at both locations. Arriving this Friday the 26th, say hello to Holding Pattern Hazy Pale Wheat, the first beer from Black Raven’s new Flight Test Taproom Series.

END_OF_DOCUMENT_TOKEN_TO_BE_REPLACED

I can remember when Urban Family Brewing Company wasn’t yet a brewing company.  They were a craft beer bar on Ballard Ave NW, pretty much across the street from The Noble Fir.  As a craft beer bar, I only visited them a couple of times before they closed and moved across Salmon Bay to their current location on 26th Avenue West in Magnolia.

I think Urban Family is a bit homesick for Ballard though. They’ve just announced that, later this year, they will be moving the brewery to a new location, back in Ballard.  Sentiment isn’t the only reason for the move though.  They’re starting to outgrow their current location, and their new spot in Ballard will give them more room to expand, including more space for barrel aging and additional outdoor seating.

END_OF_DOCUMENT_TOKEN_TO_BE_REPLACED

Even though we have a large number of breweries right here in Seattle, many of us often take trips away from the city to explore breweries farther away or perhaps to visit some favorites we’ve found on previous craft beer excursions.

One popular destination for those leaving Seattle on one of these excursions is the city of Bellingham, WA.  I myself am a big fan of many Bellingham breweries including: Wander, Kulshan, Chuckanut, Structures and, of course, Aslan.  Well, if Aslan Brewing Company is on your list of favorite Bellingham breweries, then I’ve got some great news.  This Summer, Aslan will open a location in Seattle’s Fremont neighborhood.

END_OF_DOCUMENT_TOKEN_TO_BE_REPLACED

Seattle is a city that’s just bursting at the seams with craft breweries.  No matter were you are in the city, you’re likely not more than a few stones throws away from a craft brewery.  With so many breweries to choose from though, how do you decide who the standouts are?  How do you know which breweries to recommend to people here for a visit or those asking about which Seattle breweries they need to keep an eye on?

Two factors that can help you decide are, of course, the quality of the beers the brewery is putting out, and the demand for those beers whenever there’s a new release.  By those two measures, among others, Fremont Brewing Company has become one of Seattle’s best known breweries, even outside of Washington.  Many of their beers, particularly their barrel-aged offerings, have caught the attention of craft beer lovers both near and far. They even have a super secret society of members who “solemnly swear to devote themselves to the pursuit of the finest beers that ever were” – the Heron Hunting Club.  Fremont Brewing already distributes their beers to 6 states, including Washington, and now they’re ready to expand into Montana with the help of Hayden Beverage Company.

END_OF_DOCUMENT_TOKEN_TO_BE_REPLACED

Their popular ‘Crush’ series of IPA releases always draw a crowd and, just this Summer, they also launched their Barrel-Aged Sour series.  Now, as they move forward, Reuben’s wants to get the word out even more.  To that end, they have recently hired their first ever marketing manager, Matt Lutton, who will take over the day-to-day role of marketing operations, so that even more craft beer lovers in the Pacific Northwest can discover the fermented goodness that is Reuben’s Brews.

END_OF_DOCUMENT_TOKEN_TO_BE_REPLACED

As I’m sure you’re already aware, June is Pride Month and there are plenty of events all around Seattle to celebrate and stand up for the LGBTQ community.  Considering the current political climate in our nation, I think that recognizing and celebrating Pride Month is more important that ever.

Other news from Pike includes their new Late-Night Hoppy Hour (with food specials from 9 pm to close (menu below)), a new seasonal menu at Tankard & Tun, and the exciting news that Pike has shipped over 600 unique pieces of beer art to Japan’s International Airport in Nagoya in preparation for the opening of a Pike Brewing restaurant and craft beer bar in Nagoya Airport.