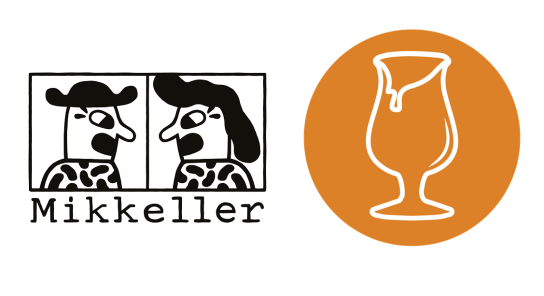 I published an article introducing Tavour way back in 2015. They started somewhat small and most of the beers I could get through them back then I could also find at my local bottle shops. Since then, however, they’ve really grown. I started using Tavour again myself over the past few months, and I’ve really been impressed with the selection. I see lots of beers from them these days that I would never be able to find in any local shops.

As we’ve all been dealing with the COVID-19 crisis, many breweries have looked to Tavour to help increase sales. In fact, Seattle’s own Holy Mountain Brewing put some of their beers on Tavour last month which, to my knowledge, is the first time Holy Mountain beers have been available through Tavour. Now, the popular and well known brewery Mikkeller will start selling their beers through Tavour.

Here is some more information about this decision from Mikkeller:

According to a recent survey by the Brewers Association, thousands of breweries are on the brink of closure due to social distancing measures. To weather the storm, some, like the internationally renowned Mikkeller, have teamed up with online retailer Tavour to deliver their craft beers straight to fans.

With delivery available across much of the country, Tavour provides fans with unprecedented access to the brewery’s limited-edition beers.

Mikkeller began in Denmark, but now has locations all over the world, including breweries in New York City and San Diego. And, while that’s made their celebrated beers more accessible to fans in the U.S., their limited releases are still incredibly difficult to find, especially amid quarantine. When the brewery announced a limited release on Instagram in mid April, fans flooded the post with comments asking how they could get a bottle. And for most, the answer was “you can’t.”

Fortunately for beer drinkers, Tavour will release some of Mikkeller’s most sought-after creations to their online community this week. Serious beer collectors across the country need to be on high alert to seize this rare opportunity to procure a bottle of Bourbon Barrel Aged Beer Geek Vanilla Shake.

This bottle will elevate any beer cellar. It’s a variant of Mikkeller’s beloved Beer Geek breakfast Stout — the beer that launched the brewery to worldwide acclaim. The brewers boosted that beer with real vanilla, then let it rest in Bourbon Barrels for 8 months, adding nuances of caramel and toffee.

The finished product scores a perfect 100/100 on the popular fan-driven ratings platform BeerAdvocate, where it ranks among the top 25 American Imperial Stouts in the world. But, the small batch sizes and international demand make it extremely difficult to find, so it’s a highly desirable prize among avid collectors.

Even while their two U.S. taprooms are closed, Mikkeller remains committed to helping fans fill their fridges (and cellars) with prized bottles. By teaming up with Tavour, they ensure fans can get the beers they crave.

I’ve only ever had a few Mikkeller beers myself, so I’m eager to see what rare selections will be available through Tavour. I’ll be watching my app notifications closely so I don’t miss then when they arrive.