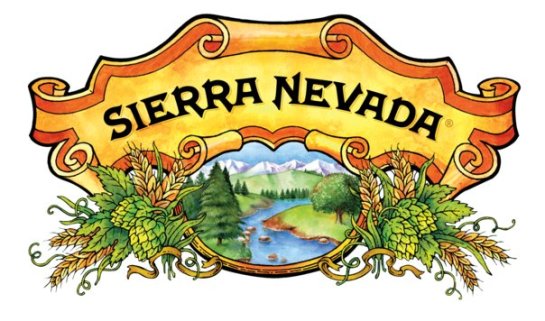 I recently told you about Resilience IPA from Sierra Nevada Brewing Company and their drive to have as many breweries as possible across the US brew this beer and donate the proceeds to Camp Fire relief.

Sierra Nevada received an amazing response to their call. Over 1400 breweries nationwide brewed Resilience IPA and now, this coming Thursday, December 20th, all of those participating breweries will be hosting a Nationwide ‘Resilience Night’ for Camp Fire relief. 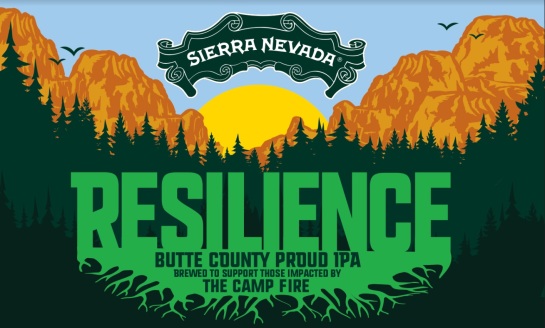 Chico, California—Together with more than 1,400 breweries around the country, Sierra Nevada Brewing Co. will celebrate the release of Resilience Butte County Proud IPA with a nationwide pint night. The breweries will celebrate “Resilience Night” on Thursday, December 20, 2018 in taprooms from coast to coast to raise funds for the Camp Fire relief effort.

Resilience IPA is a collaborative fundraising effort for those impacted by Northern California’s Camp Fire. The Camp Fire, which started in the hills above Sierra Nevada’s Chico brewery last month, was the deadliest and most destructive wildfire in California history, killing at least 86 people and displacing more than 14,000 families, including many Sierra Nevada employees. In the days following the fire, Sierra Nevada announced plans to brew Resilience IPA and donate 100% of the sales to the Sierra Nevada Camp Fire Relief Fund. The company invited every brewery in the country to brew the beer and donate 100% of the sales to the fund, as well. More than 1,400 breweries rallied alongside Sierra Nevada’s call for help.

“The brewing community has really come together in this large-scale fundraising effort,” said Sierra Nevada founder and owner Ken Grossman. “Now we’re asking drinkers to come together and help us raise funds by buying the beer. And what better way to do it than with a nationwide pint night?” If the beer sells out, the project could raise more than $15 million for direct Camp Fire relief.

On Resilience Night, many participating breweries will serve their versions of Resilience IPA in their own taprooms and pubs and donate the beer sales to the relief fund. Sierra Nevada will also host Resilience Night events at both its Chico, CA and Mills River, NC breweries.

“We are so grateful to the breweries, the suppliers, the wholesalers and retailers who have so graciously donated their time and resources to make this happen,” said Grossman. “With their help—and the help of the drinkers everywhere—we’ll be able to make a lasting and impactful difference in the lives of those impacted by this terrible tragedy.”

About Sierra Nevada Brewing Co.
Founded in 1980, Sierra Nevada Brewing Co. is one of America’s premier craft breweries, highly regarded for using only the finest quality ingredients. The pioneering spirit that launched Sierra Nevada now spans both coasts with breweries in Chico, California and Mills River, North Carolina. Sierra Nevada has set the standard for craft brewers worldwide with innovations in the brewhouse as well as advances in sustainability. It is famous for its extensive line of beers including Pale Ale, Hazy Little Thing®, Torpedo®, Tropical Torpedo®, Hop Hunter® IPA, Nooner® Pilsner, Otra Vez, Kellerweis®, Porter, Stout and a host of seasonal, specialty and limited release beers. Learn more at http://www.sierranevada.com.