In today’s America, it seems virtually impossible to escape the topic of politics.  Everything seems so politically charged these days, especially with the circus going on in Washington D.C.  So why fight it?  Instead how about naming a beer after it?

This past Friday, Counterbalance Brewing Company (CBM Sponsor) released Executive (Dis)order Belgian Golden Strong Ale.  This beer does a lot more than just poke fun at politics though, a portion of the proceeds from all taproom sales of Executive (Dis)order will be donated to Legal Voice and their Beer Trumps Hate campaign. They’ve even setup a few events where you can buy a pint to help out – details below. 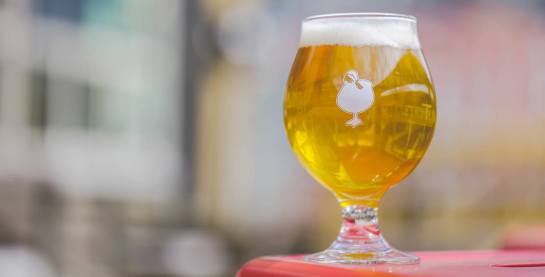 Here is the full press release from Counterbalance Brewing Company:

Friday, June 1, Counterbalance Brewing Company releases Executive (Dis)order, its 2018 Belgian Golden Strong Ale. It is complex, fruity, and earthy with a spicy Belgian yeast character and a slight finishing tartness, and Counterbalance is proud to feature it as the June entry into the Beer Trumps Hate program started by Rooftop Brewing Company with the belief that beer and community go hand in hand.

With that thought in mind, Counterbalance will donate a portion of taproom proceeds from Executive (Dis)order sales throughout June to Legal Voice and use the Beer Trumps Hate program to help drive awareness of the work Legal Voice does to pursue justice for all women and girls in the Northwest, through ground-breaking litigation, legislative advocacy, and legal rights education.

Drop buy Counterbalance Brewing anytime in June or at one of the other events listed above to enjoy an Executive (Dis)order Belgian Golden Strong Ale and help women and girls in the Northwest find justice.