Have you ever been down to Tin Dog Brewing Company in Seattle’s South Park neighborhood?  Sure, they’re a bit out of the way if you don’t live in the South end, but they’ve been quietly operating out of their space on Cloverdale St. for nearly 4 years now.

Since their anniversary date is rather close to Mardi Gras, Tin Dog has decided to host a Mardi Gras themed anniversary party on Saturday, February 10th (3 days before Fat Tuesday) from 4 pm to close.  If you’re a fan of Southern cooking, then you might want to consider participating in the anniversary potluck.  Mardi Gras beads and masks will be supplied by Tin Dog and they’ll have King Cake and Bignets for everyone at 6 pm.

Costumes are not required but are definitely encouraged for those with the true Mardi Gras spirit.  If you have been to Tin Dog before, then come and help owners Lisa and Eric Rough celebrate.  If you’ve never been, then this is the perfect time for a visit.  Join the party. 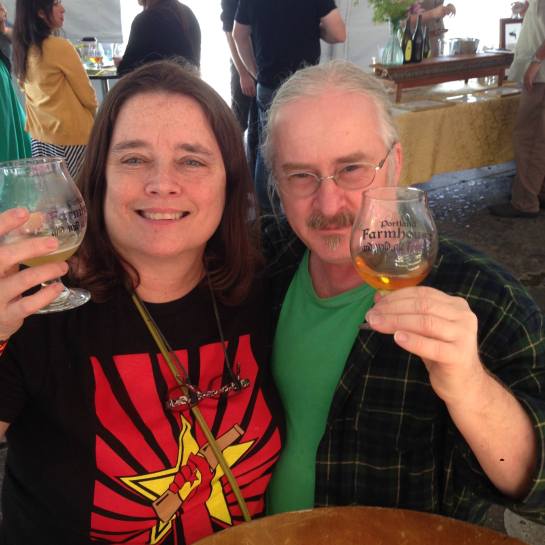 Also, don’t forget to visit Tin Dog again on February 24th, during the Washington Beer Commission‘s WABL open house.  They’ll be pouring all of their Wild and Sour ales and hosting a trivia competition with prizes.  Come enjoy the fun.  Tin Dog is both dog and kid friendly.

One thought on “Tin Dog Brewing Prepares For Their 4th Anniversary”