Between next Wednesday, January 17th and the beginning of February, Hellbent Brewing Company is set to release two beers and their first ever 16 oz cans. First us is a returning favorite: Big Island Toasted Coconut Stout.  This beer was largely inspired by the fact that one of Hellbent’s owners, Randy Embernate, is from the big Island of Hawaii.  Also on the way is their Sparrowhawk Belgian Blond and their House IPA and Dang! Citra IPA in 16 oz cans.

Here is a bit more information about these releases from Hellbent Brewing Company:

Hellbent has some exciting stuff in store in the next few weeks:

January 17, Open at Noon:
Be the first to get this year’s batch of our Big Island Toasted Coconut Stout – one our most sought after beers!!! This year we will have a limited number of 22oz bottles for sale alongside the release of the Nitro and CO2 versions of this stout. For those of you who have not yet tried the Toasted Coconut Stout, prepare yourself for a beer that is rich with roasted malt flavor, yet smooth and drinkable. Our Big Island Coconut Stout is a traditional oatmeal stout aged on toasted coconut, creating a beer with a heavenly flavor and aroma. You don’t want to miss this beer before it’s gone! 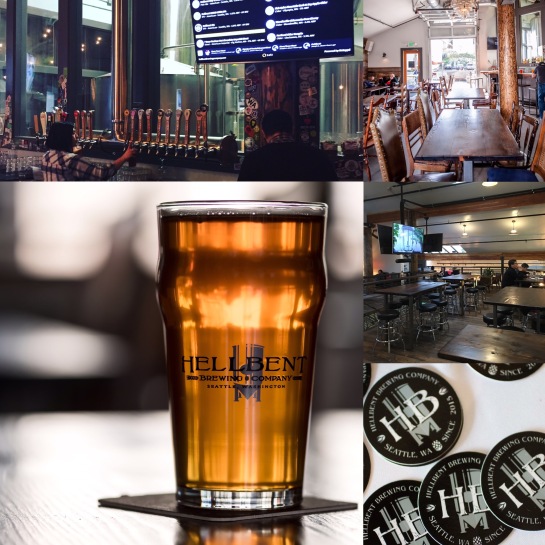 January 31 Open at Noon:
Our third beer release of January will please all you Belgian lovers out there. Sparrowhawk Belgian Blond will make its appearance late January, but hurry, this one is sure to go quick!
Hellbent’s newest Belgian-style ale is named after the small raptors that inhabit that part of Europe. This mild, malt-forward blond beer is brewed with pale malt, malted white wheat, and Belgian carapils malt and is fermented with Belgian yeast, which imbues it with stone fruit and slightly spicy flavors. It’s accented with lemon peel, grains of paradise, elderberry, elderflower, chamomile, and jasmine flower.

February 1:
We will be releasing our very first batch of 16oz cans – finally! Come down to get the first, and freshest, cans of our House IPA and Dang! Citra IPA. 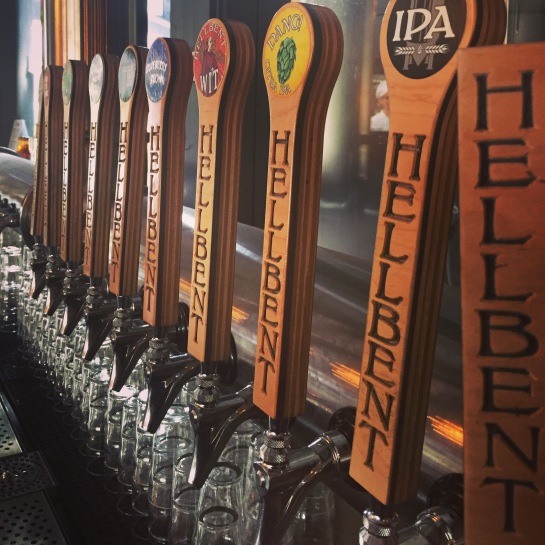 Check your calendar and head on up to Lake City Way to visit Hellbent Brewing for each of these releases.  I would expect the Big Island Toasted Coconut Stout to be the most popular release on the list.  Since they only have limited number of 22 oz bottles available though, if you really want to get your hands on some you should probably plan on visiting the brewery on the 17th.  Visiting the brewery is also the best way to get a taste of this popular beer on nitro (or just on tap with CO2, if you aren’t a nitro-type person).  Then come back on the 31st and February 1st for Sparrowhawk Belgian Blond and their first 16 oz cans.