Things get under way with the Official Seattle Beer Week Kickoff this Thursday, May 4th.  There are  5 stops on the Seattle Beer Week (SBW) kickoff tour.  Things start off at 4:30 pm at the new Flatstick Pub location in Pioneer Square.  The other stops on this year’s kickoff tour include: Beveridge Place Pub (6:30 pm and Cask-O-Rama will be going on), Brouwer’s Cafe (7:45 pm), Naked City Brewery & Taphouse (9:00 pm), with the evening closing out at The Pine Box (10:30 pm).

Unless you’re on the official SBW kickoff night bus, hitting all 5 stops can really be a challenge (and definitely not recommended unless you have a designated driver to help you out).  It’s usually best to just pick the one kickoff night stop that works best for you and enjoy the festivities there. 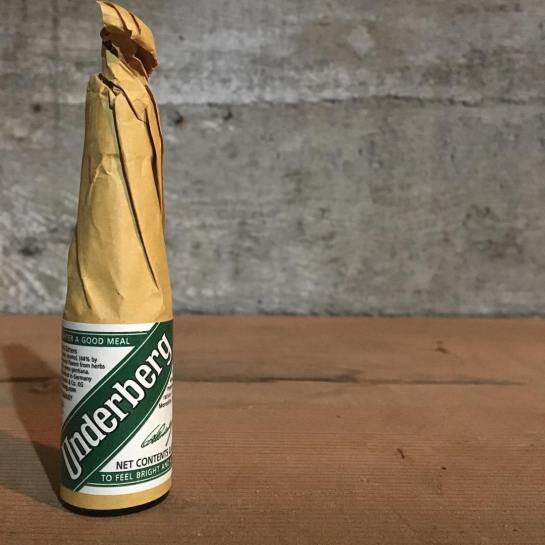 The SBW events really get rolling on Friday, May 5th starting with one of my annual favorites, the Underberg Back In Black Stout Fest, which kicks off at 11 am at Brouwer’s Cafe. With over 40 Stouts from around the World on tap, most of which are on the rather strong side, this is one festival where you’ll need to really pace yourself if you want to try more than just a few.  The best strategy is usually to go with a few friends and coordinate your ordering, so you each get a chance to try more Stouts than you’d be able to on your own.

If Stout Fest doesn’t sound like your thing and you overdid it a bit on kickoff night (you know who you are!), then you might consider a Friday morning breakfast event like the Hangover Breakfast at the 5 Spot Cafe, featuring beers from Bale Breaker Brewing. This event goes from 8 am until noon. 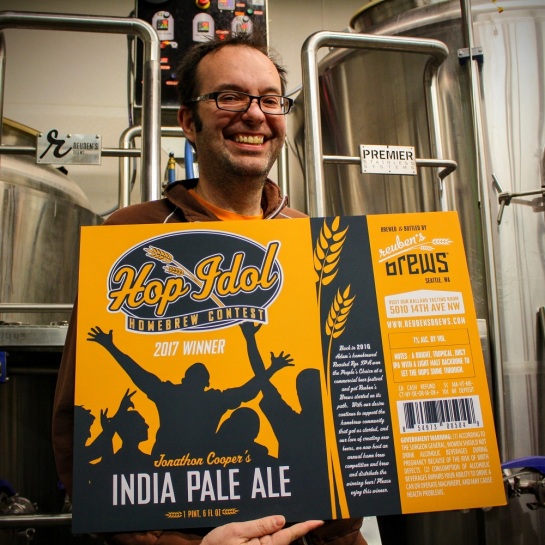 Later in the day, I suggest you hit up Reuben’s Brews for their Hop Idol Release Party.  If you recall, last November I told you about Reuben’s Brews’ Hop Idol homebrew contest. The winner  was set to receive $250 and would get to brew their beer with the Reuben’s Brews team at the brewery in Ballard.  Well, Reuben’s announced the winner of Hop Idol back in February, and now Jonathan Cooper’s IPA is ready to be tapped at 5:00 pm.

The first Saturday of SBW #9 is packed with great events, including two of my favorites: Barleywood Squares at Naked City Brewery & Taphouse and the Pine Box Beer Can Derby.

Barleywood Squares is modeled after the classic TV game show, but this version features celebrity brewers answering beer-centric questions in a life-sized Hollywood Squares style tic-tac-toe board in Naked City’s Walrus beer garden.  This event is presented by Ninkasi Brewing and hosted by Naked City.  The fun begins at noon.

The Pine Box Beer Can Derby is exactly what it sounds like.  This event pays homage to the old Boy Scout Pinewood Derby races.  You can build your racer at home or built it on site at The Pine Box. Either way, it must pass inspection and weigh in before you can race.  See the event page for the full list of rules to make sure your beer can racer qualifies.  Start building your car at 2 pm, then the races get under way at 4 pm.

This year’s official race breweries include:

Sunday has me a bit torn because the two events I’m most interested in are happening at pretty much the same time and in different parts of the city.  First up is the Iron Brewer Triple Header, which starts at 5 pm at Beveridge Place Pub.  A while back, Beveridge Place selected the special ingredients for each match up and the brewers got to work.  Now, their results area ready to be judged by you.

This year’s face-offs include: 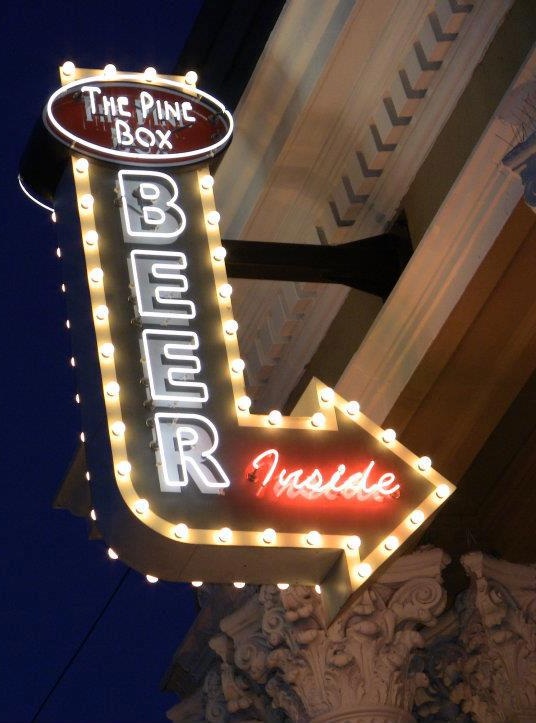 If that doesn’t sound like your kind of thing then, instead, you might want to head down to The Pine Box for Barrel Masters.  This event features a tap list of amazing, barrel aged beers from two of my favorite breweries: Firestone Walker and Holy Mountain. This event starts at 6 pm, so it would be difficult to attend both this and the Iron Brewer event.

On hand for the event will be Firestone Walker’s Director of Barrel Works, Jeffers Richardson, and the whole gang from Seattle’s own Holy Mountain Brewing.

Even though this is ‘Seattle’ beer week, that doesn’t mean that every beer poured has to be from Seattle or even from Washington.  We make some great beers here in the Evergreen State, but we don’t have a monopoly on great craft beer – or do we?  Come down to Beveridge Place Pub on Monday, starting at 2 pm, to find out.  That’s where you’ll find This Is Washington Dammit!, which features 35 different beers on tap from 35 different Washington State breweries.  No out-of-staters allowed here.  Plus, if you get hungry, Zeek’s Pizza is offering any large pizza for just $10 during the event.

Another event happening on Monday, which is new to SBW this year and sounds like a lot of fun, is the Wiffle Ball Home Run Derby at the Flatstick Pub in Pioneer Square.  The Flatsick has partnered with Bale Breaker Brewing for this event, and every two Bale Breaker beers you buy get you 1 entry per 2-person team.  The competition starts at 6 pm.

Here are the rules:

Randalls At The Pine Box

Next Tuesday brings one of my favorite recurring SBW events: Can You Handle My Randall?! at The Pine Box. If you’re familiar with this event the you know what to expect.  If not, well, I think the event description says it best.  “The Twelve Randalls return again to have you asking, “What the F*** did you put in my beer?“”  There will be 12 different beers flowing through 12 different Randalls.  Who knows what the heck they’ll cram in there to pour the beers through?  This year’s event will feature beers exclusively from Washington State, starting at 5 pm. 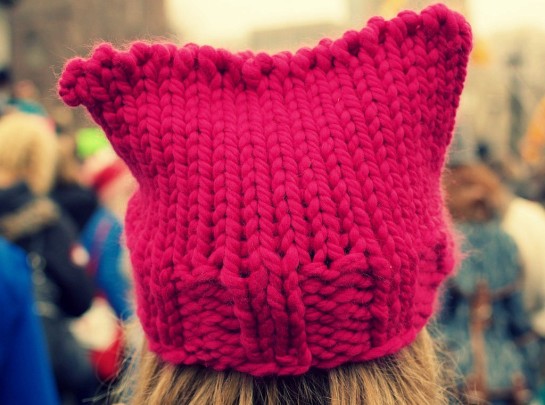 If you want to attend this next event you’ll need to travel a bit, since it takes place in Tacoma rather than Seattle. That’s OK though, because the Pussy Hat Roadshow is happening at one of my favorite places in Tacoma – The Red Hot (among other stops during the week).  This event celebrates the ladies of craft beer and proceeds from the event will benefit Planned Parenthood.  On hand for this event will be female reps from Dogfish Head, Uinta, Ecliptic, Full Sail, Radeberger, Great Divide, Chuckanut, New Belgium, Total Beverage Solutions and a special guest appearance from Pike Brewing who will be featuring their Morning After Pale Ale. The festivities begin at 5 pm. 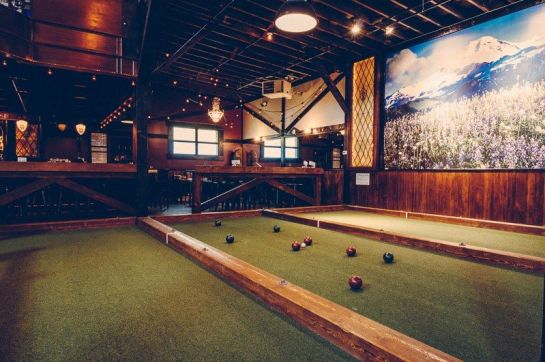 Are you ready to play some games?  There are two events on Wednesday the 10th that should be a lot of fun.  First up is the 3rd Annual Bocce Tourny at Rhein Haus.  Going since 2015, this 3rd annual event will feature brewers and brewery reps from several different breweries including: Stoup, Seapine, Georgetown, pFriem, Silver City, Double Mountain, New Belgium and more (to be announced).  Come down to Rhein Haus and roll those bocce balls to victory.  Things get rolling at 6 pm.

Bocce not your thing?  Then how about another classic game show recreation?  Come down to The Pine Box an enjoy a beery version of The Price Is Right!  This event, starting at 7 pm, will feature Laurelwood, New Belgium, Firestone Walker, Deschutes, Sierra Nevada and Two Beers Brewing (CBM Sponsor).  Proceeds from this event will benefit Motley Zoo Animal Rescue, which also means there will be puppies!

Brouwer’s Cafe is host each year to some of my favorite craft beer festivals.  As noted above, I plan on starting off my SBW activities (after opening night, of course), with the Underberg Back In Black Stout Fest, which happens at Brouwer’s on Friday the 5th.  Thursday the 11th, however, brings the other festival at Brouwer’s that I always sort of end-cap my SBW with: Sourfest.

Are you a fan of sour beers?  I wasn’t always.  Years ago, the concept seemed rather odd.  That is, until I tried a few.  I believe I first attended Sourfest at Brouwer’s back in 2011 and was hooked.  I’ve been back every year since. Just some of the breweries involved in this pucker-worthy event include: Almanac, Alvinne, Cascade, Crooked Stave, De Garde, De Proef, De Troch, Double Mountain, Engine House #9, Goose Island, Holy Mountain, Leifman’s, Logsdon, Lost Abbey, New Belgium, North Fork, Omnipollo, Oud Beersel, pFriem, Paradox, Reuben’s Brews, Rodenbach, The Bruery, Tilquin, Trinity, Trois Dames, Trve Brewing, Urban Family Brewing, Wander Brewing and more.  I’ll see you at Brouwer’s on the 11th.  Doors open at 11 am.

Still not quite ready to give sour beers a try.  That’s OK.  There are plenty of other events happening on this day, including:

We’re 9 days in at this point.  Are you still standing?  If so, come back out to West Seattle on Friday the 12th for the Bodacious Beverages Brewfest at Beveridge Place Pub.  For this annual event, Beveridge Place will be putting 15 rare and unusual beers on tap.  The beers will be divided up into 5 different themes including: Barrel-Aged, Sours, ‘Cocktail’ Beers, Super Saisons and ‘Not Your Father’s IPA’.  As with most events at Beveridge Place, taster trays are encouraged, so that you can try as many choices as possible.  Doors open at 2 pm.

After getting your fill at the Bodacious Beverages Brewfest, why not head North to Latona Pub for the Hopnificent Seven?  This lupulin-filled event, presented by Click Distributing, will feature special beers from Pike, Reuben’s Ecliptic, Fort George, Double Mountain, Breakside and pFriem, all delivered straight from the breweries.  The taps start flowing at 7 pm.

Welcome to the second Saturday of SBW #9.  We’re in the home stretch now.  Are you ready for more games?  Well then how about the Washers Tournament happening in the Walrus beer garden at Naked City Brewery & Taphouse?  You’ve got stiff competition, since Naked City’s own Don Web and Isaac Hatter often dominate this annual event.  Each brewery with a rep competing will have beer on tap for the event (list to be announced). So form your team and don’t forget to register by emailing bryan@nakedcitybrewing.com while space is still available.  The competition gets under way at 1 pm.

If you’re not a big Washers player or you didn’t get your team registered in time, then you might consider heading to Reuben’s Brews for their 1st Annual Reuben and Friends Invitational Beer Festival, which kicks off at noon.  Reuben’s will be pouring beers from several other breweries that they love and respect, including: Melvin, Firestone Walker, Great Notion, Funkwerks and more. 3

On this last day of SBW #9, don’t forget about mom, because it’s also Mother’s Day.  Is mom a fan of craft beer too?  Then maybe she’d enjoy attending Beer With Mom at the new Ounces Taproom & Beer Garden in West Seattle.  Get $1 off beers for mom and a flower.  Doors open at 1 pm.

Need some breakfast before you head out to West Seattle for Beer With Mom?  Then why not stop by Reuben’s Brews for their annual Coffee Beer & Donuts event, which starts at 11 am?  This extremely popular event has Reuben’s pouring four different coffee-infused beers, each paired perfectly with local, gourmet donuts. What could be better?

Well, those are my top picks for Seattle Beer Week #9.  Of course, this is only a minuscule sampling of the huge number of events taking place over the 10-day long ‘week’.  So please don’t rely on my suggestions alone.  Scour the official event list and discover the SBW events that pique your interest.  I intentionally did not include any of the special beer dinners happening throughout the week at various locations (including the one I told you about at Lark, featuring beers from Cloudburst & Holy Mountain) because, if you haven’t discovered these events and purchased your tickets yet, you may be too late.  Enjoy Seattle Beer Week #9, but remember to pace yourself and take a day/evening off if you need a break.  I’ll see you… out there.