Summer is almost here.  We had a bit of a tease over Memorial Day weekend (one of the hottest on record in the Puget Sound), but now we’re back to ‘normal’.  Oh joy.  We might have to wait just a bit longer before Summer truly arrives in Seattle, but at least we can start to enjoy all of the Summer Seasonals that make their return about this time each year.

I’ve already told you about the seasonal return of Lima Loca and Day Hike Summer Ale from Two Beers Brewing (CBM Sponsor), as well as the return of Hochzeit Pilsner and Beak Tweaker from Black Raven Brewing (CBM Sponsor).  Now, Pike Brewing Company is preparing to get in on the action with the upcoming release of their new Summer Seasonal: Seafair Summer Ale.

END_OF_DOCUMENT_TOKEN_TO_BE_REPLACED 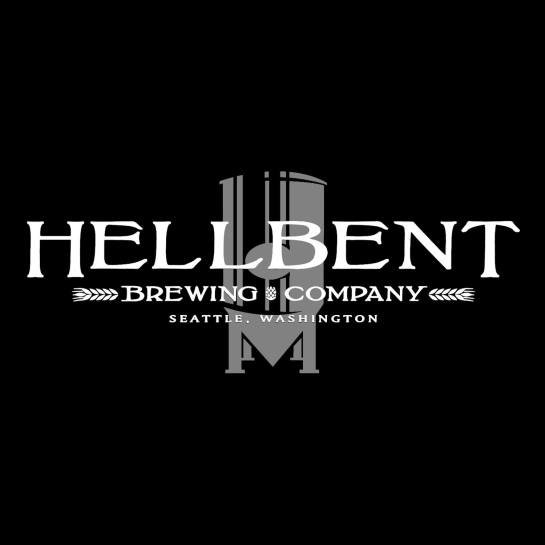 END_OF_DOCUMENT_TOKEN_TO_BE_REPLACED

Just the other day, I was telling you about how the changing seasons bring with them all the different Seasonal craft beers we enjoy as they make their annual returns.  As the weather warms that, of course, means it’s time for most people’s taste buds to leave Stouts, Porters and other malt-heavy beers behind (for the most part) and start seeking out crisper, lighter (in some cases), refreshing, hoppier beers.

For me, the tipping point each year is the annual Underberg Back In Black Stout Fest at Brouwer’s Cafe during Seattle Beer Week. It’s sort of the last hurrah for the year before the Seasonal changeover.  Granted, that changeover came a bit earlier this year, since Seattle Beer Week began a week earlier than in previous years.  That doesn’t mean I never drink Stouts in the Summer, but far less so than in the colder months.

END_OF_DOCUMENT_TOKEN_TO_BE_REPLACED 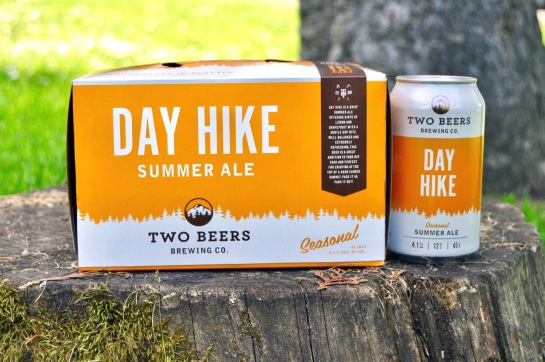 Every year, when certain craft beer styles return to taps and bottle shop shelves, you know the seasons are changing.  We’re finally coming out of our long Northwest Winter and Summer is right around the corner. I can tell not only by the calendar on the wall, but by the return of certain beers.  One of those beers, which heralds the arrival of longer days and warmer nights is Day Hike Summer Ale from Two Beers Brewing Company (CBM Sponsor).

Light and crisp, Day Hike Summer Ale is the perfect accompaniment for all of your Summertime outings.  Coming in at just 4.1%, it won’t weigh you down or make you feel like you’re ready for a nap. Bring some to your next BBQ or while you’re out hiking, climbing, kayaking, cycling or however you like to fill your Summer days and nights.

END_OF_DOCUMENT_TOKEN_TO_BE_REPLACED

Firestone Walker Brewing Company puts out some truly exceptional beers.  Their Proprietor’s Vintage Series (which includes beers such as Bravo, Parabola, Stickee Monkee and more) can’t be beat and they make some excellent IPAs as well.  Their Double Jack Imperial IPA used to be my favorite (determined through repeated blind tastings) but, in late 2016, they decided to retire their Proprietor’s Reserve Series of beers which included Double Jack, Opal (a dry-hopped Saison) and Wookey Jack (Black Rye IPA).

I was initially disappointed when Firestone discontinued Double Jack but I later realized that they were merely adjusting to the ever changing landscape defined by all the craft beer enthusiasts out there.  Lately, the underlying attitude seems to be that having a few well known beers, even if those beers are excellent and highly rated, isn’t enough anymore.  Sure, you’re still respected and people will still think highly of your beers but, if you want to keep that buzz going and stay on the forefront of what’s happening in the craft beer World, you have to keep constantly coming out with something new and exciting.

END_OF_DOCUMENT_TOKEN_TO_BE_REPLACED 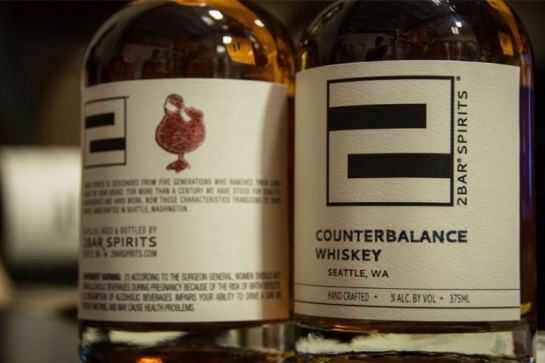 That’s why I was very pleased when I heard the news that Counterbalance Brewing Company had teamed up with 2bar Spirits (who also happens to be in Seattle’s South end) for a unique Whiskey/Stout collaboration.

Aging Stouts in Whiskey barrels is nothing new.  Breweries have been doing it for years and indeed Whiskey and Bourbon barrel aged Stouts are some of my favorites.  This time, however, things went a bit in the other direction.  2bar Spirits used the actual mash bill from Counterbalance’s Kushetka Imperial Stout to produce this particular Whiskey, then aged it for 2 years in 2bar Whiskey barrels.

END_OF_DOCUMENT_TOKEN_TO_BE_REPLACED

When the temperatures cool down, our palates often crave something a bit more thick and malty, like a good Stout or Porter.  Likewise when the temperatures start to warm up, as they have been lately, we often crave something a bit lighter and crisper that’s not quite as heavy on the palate.  That’s why, as Summer approaches, we see more releases of lighter ales and Lagers (like yesterday’s release of Lima Loca from Two Beers Brewing Company (CBM Sponsor)).

Now, after the release of their popular Wisdom Seeker Double IPA in March and in anticipation of their annual Flock Party anniversary celebration, Black Raven Brewing Company (CBM Sponsor) is pleased to announce this year’s release of their Summer Seasonal, Hochzeit Pilsner.

END_OF_DOCUMENT_TOKEN_TO_BE_REPLACED 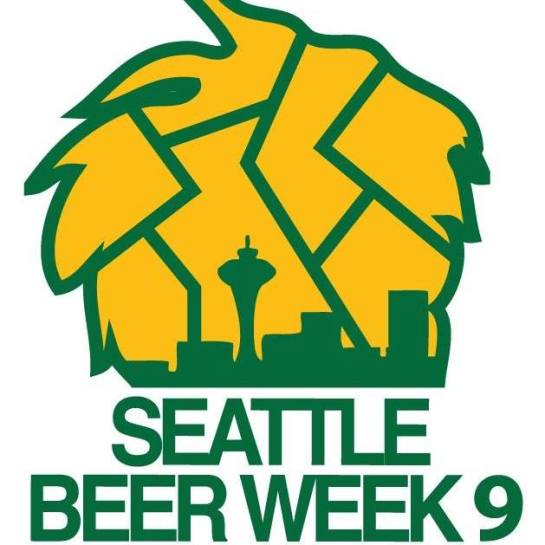 Things get under way with the Official Seattle Beer Week Kickoff this Thursday, May 4th.  There are  5 stops on the Seattle Beer Week (SBW) kickoff tour.  Things start off at 4:30 pm at the new Flatstick Pub location in Pioneer Square.  The other stops on this year’s kickoff tour include: Beveridge Place Pub (6:30 pm and Cask-O-Rama will be going on), Brouwer’s Cafe (7:45 pm), Naked City Brewery & Taphouse (9:00 pm), with the evening closing out at The Pine Box (10:30 pm).

END_OF_DOCUMENT_TOKEN_TO_BE_REPLACED

One of the things that many people enjoy about the local craft beer scene is that the majority of craft breweries and craft beer bars (at least those that don’t serve their own food) are dog-friendly.  That means we’re free to bring our well-behaved, furry, four-legged family members along with us when we visit many of our favorite craft beer spots.

Sadly, there are still too many dogs out there who are in desperate need of help, and that’s where rescue organizations like Rez Dog Rescue come in.  With a focus on the Yakama Nation Indian Reservation and Yakima County in-general, Rez Dog Rescue does all they can to help abused, injured and unwanted dogs and cats and help them find their furever homes.  To help them in their mission, The Brewmaster’s Taproom in Renton is hosting a BBQ fundraiser during Seattle Beer Week, with 100% of the proceeds going to benefit Rez Dog Rescue.

END_OF_DOCUMENT_TOKEN_TO_BE_REPLACED 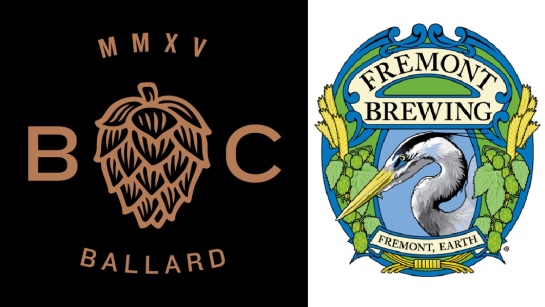 Ethan Stowell’s Bramling Cross restaurant is betting you’ll still have some energy and a hearty appetite left over after the end of Seattle Beer Week (SBW) on May 14th.  That’s because just one day after SBW 2017 wraps up, on Monday, May 15th, they’ll be hosting a beer feast featuring beers from Fremont Brewing Company.

This evening of gastronomic delights, which Bramling Cross has described as a family-style feast, will feature several tasty selections from Chef Travis Post, all expertly paired with six different beers from Fremont Brewing Company.