Pike Brewing Company has been a fixture of the Seattle craft beer scene since way back in 1989.  Founders Charles and Rose Ann Finkel have also been instrumental in helping expand the craft beer scene across Seattle and indeed across the nation.  Their tireless work to help promote craft beer as well as all the wonderful craft beer and food parings that are possible out there has been an inspiration to countless brewers and chefs.

Now, Charles and Rose Ann are preparing for Pike’s biggest expansion in over 21 years.  Pike Brewing Company is pleased to announce Tankard & Tun.  Coming this Summer, Tankard & Tun is a new restaurant, oyster bar and brew deck that will also provide Pike with an expanded brew cellar. 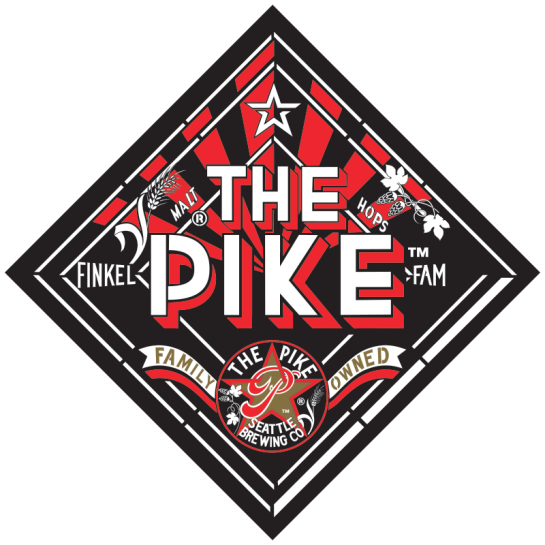 Here is some more information about Tankard & Tun from Pike Brewing Company:

Pike Brewing is reaching new heights this summer, bringing beer and food lovers an expanded experience in Seattle’s Shrine to Beer. Coming soon to our gravity flow, steam powered brewery will be Tankard & Tun; a new restaurant, oyster bar and brew deck adjoining an expanded fermentation cellar. The addition is slated to open in early summer 2017 and will be located directly above The Pike Pub.

The name, Tankard & Tun, is a toast to the timeless drinking tankard and Pike’s mash tun brewing vessel which is in full display from the restaurant and adjacent brew deck. Tankard & Tun will hone in on our decades of passion for pairing handcrafted beers with locally sourced and flavorful foods. The expansion coincides with Pike Place Market’s new Market Front.

Rendering of Tankard & Tun and the new fermentation cellar as seen from First Avenue address.

Tankard & Tun’s menu will be Northwest seafood centric, with a focus on pairing handcrafted beers with small plates. The restaurant’s design will recall Seattle’s maritime past and includes an intimate dining room, oyster bar and the brew deck which wraps between the 27 year old brewery’s mash tun and shining, new fermentation tanks. Bumgardner has created the architectural designs and MRJ Constructors are doing the build out. 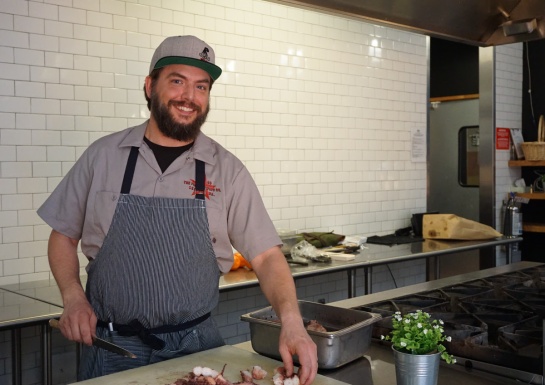 Leading Tankard & Tun’s culinary team will be Chef Gabe Spiel. Chef Gabe lives for the moment when a diner pauses after the first bite of their meal and looks curious. “I love it when people assume they know exactly what they’ll get from a dish and then are pleasantly surprised by a twist we’ve put on it,” says Gabe. Local pride in all our northwest has to offer guides his menu, which will focus on in-season and locally grown and foraged food, complemented by our handcrafted beers. Gabe was born and raised right here in the Puget Sound region and started as a line cook in The Pike Pub at 19 years old. Rivaling his passion for cooking is his growing family and getting outside to ski, hike and fish whenever he can.

Pike Brewing Company Founders & Owners, Charles and Rose Ann Finkel, have been advocates for beer and food pairings for decades.

I’ve been a fan of Pike Brewing Company and friends with the Finkels for years, so I’m excited about the news of this expansion.  This is a wonderful next step for Pike and, with Charles and Rose Ann at the helm, I’m sure Tankard & Tun will be a great success. Also, being located right upstairs from the Pike Pub, you won’t have any trouble finding it.

So, when you’re in the mood for hearty pub fare like Dungeness Crab Chowder, Kilted Mac & Cheese or a grass-fed burger, stop in at the Pike Pub.  If your palate is craving something a bit more like oysters, fresh fish & delicacies from Puget Sound however then, starting this Summer, you can head upstairs instead to Tankard & Tun. I’ll keep you posted on the opening date as more information becomes available.