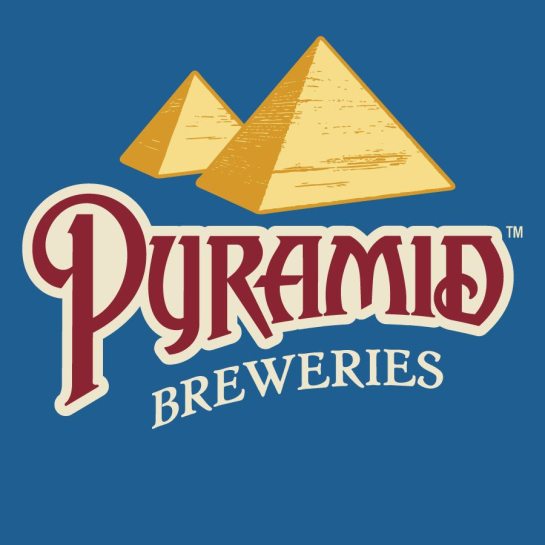 Pyramid Brewing Company was one of the first breweries I ever visited in Seattle, before I even moved here from California back in ’98.  In those days there were far fewer breweries in Seattle. In fact, I’m not sure any of my current favorite Seattle breweries even existed back then.  So Pyramid has been playing the game for years now, and they still have a few new tricks up their sleeve.

Today Pyramid is pleased to announced the limited release of their new H7 IPA.  This unfiltered, imperial offering joins their new Brewer’s Reserve Series which, so far, only includes H7 and their Super Snow Cap, which I told you about just last November.

Here is the full press release from Pyramid Brewing Company:

Featuring a blend of Apollo, Chinook, CTZ, Simcoe, Amarillo, El Dorado and Calypso hops, Pyramid’s brewers hopped H7 three times during the boil, once in the whirlpool and twice in fermentation. H7 reveals the compelling spectrum of tastes and smells the mighty hop bestows on fans of craft brewing.

“This is our most popular Brewer’s Reserve beer, and for good reasons,” said Head Brewer Ryan Pappe. “The robust combination of hops makes this brew incredibly unique as it brings together an array of unexpected ingredients. Hop-heads will love the deep flavor profile of H7 throughout spring and summer!”

In addition to its assortment of hops, H7 achieves a perfect balance of flavors with its trio of malts: 2-Row Pale, Munich 20 and C-40. When coupled with the sunshine and beauty of a Pacific Northwest summer, H7 is the perfect warm weather drinking companion. Whether after a long hike, while sitting around the campfire with friends, or simply as a refresher while taking in the sun’s rays, H7 was brewed to be savored and shared.

About Pyramid Brewing Co.
Born in the Pacific Northwest, Pyramid Brewing Co. crafts some of the PNW’s favorite brews from its year-round ales and lagers to the seasonal and Brewer’s Reserve series. In 1984, Pyramid discovered a new way of crafting beer, bringing together adventure, friends and bold new flavors and innovation. Today, Pyramid shares this spirit through its craft beers, and at its breweries and alehouses in Seattle and Portland. To find your Pyramid, visit: www.pyramidbrew.com.

H7 IPA will be available from early April through July.  According to Pyramid: “This unfiltered ale is hopped with seven different varieties, showcasing a dynamic range of flavors and aromas, including citrus, pine and tropical fruit.”  Look for H7 on store shelves and both in bottles and on draft at the Pyramid Alehouse on 1st Ave starting in April.