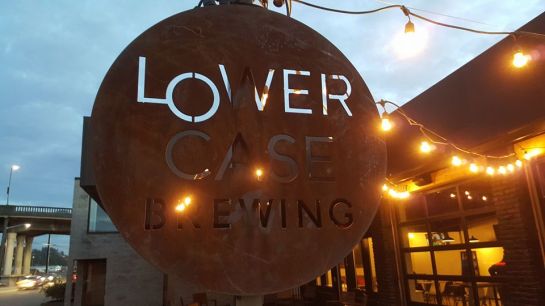 Lowercase Brewing Company first opened their doors back in early 2014 in Seattle’s South Park neighborhood, sharing a building with another South Park newcomer, Burdick Brewing Company.  If you’ve been following their stories, however, then you know that both breweries had to close their taprooms last year due to prohibitively expensive building upgrades the city demanded to keep the taprooms open in that location.

Burdick simply closed their taproom and decided to go the production brewery route.  Lowercase Brewing, however, wanted to keep their taproom up and running so they started looking for a new location, which they found on Airport Way in Georgetown.  After a few delays with permits and such, Lowercase was finally able to open their new taproom last November.  The brewery itself stayed at their original location in South Park, allowing them to install an even lager brewing system and increase their capacity.  Incidentally, I have also heard rumblings that Burdick Brewing might be looking for a new taproom location as well.  I’ll keep you posted.

If you haven’t had the opportunity to visit Lowercase’s new taproom yet, now you’ve got the perfect excuse.  Coming up next Saturday, January 21st, Lowercase Brewing Company will celebrate their 3rd Anniversary.  The new, larger space will allow an even bigger celebration than last year.  They’ll be releasing three different collaboration beers brewed with their Georgetown neighbors, Counterbalance Brewing Company, Machine House Brewery and another Georgetown newcomer who’s just getting started, Jellyfish Brewing Company.  They’ll also have local-to-Georgetown food options to choose from and are planning on having a DJ on hand to provide the tunes.

Just last week, Lowercase announced the 1st of the 3 collaboration beers they’ll be releasing for their anniversary: Coffee Bière de Garde, brewed in conjunction with Counterbalance.  Keep an eye on their Facebook page for the announcement of what the other two collaboration beers will be.

Lowercase Brewing’s 3rd Anniversary celebration will be a ticketed event.  The price is $10 per person, but that includes two tickets redeemable for beer or food.  Lowercase has done this type of thing in the past.  It’s just an easy way for them to keep track of how many people will attend.  Tickets are available from Eventbrite and can be purchased here. 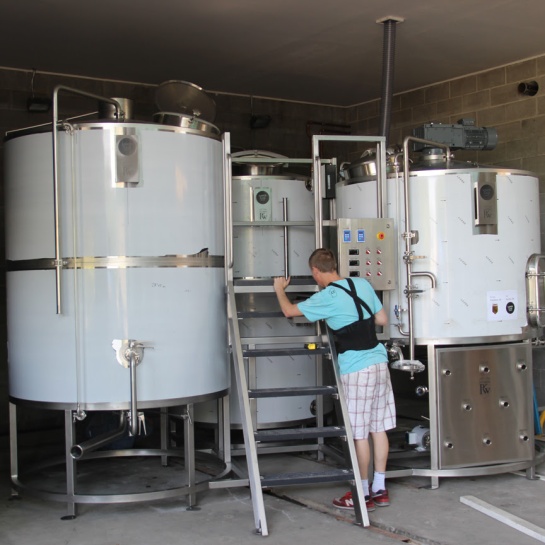 The anniversary celebration will get under way when Lowercase opens their doors at 3 pm on Saturday the 21st.  Also, don’t forget that Lowercase Brewing’s taproom is open on Mondays from 3 pm to 10 pm and they are closed on Tuesday.  They did this because they noticed that most other South End breweries are closed on Mondays.  So now you have another Monday option.

Lowercase has announced the food details for their anniversary celebration:

“Come hungry! Hallava Falafel and Bread and Circuses Candy Butcher Hot Dogs will be available! Use one of the two vouchers (that come with your entry ticket) in exchange for amazing food!”