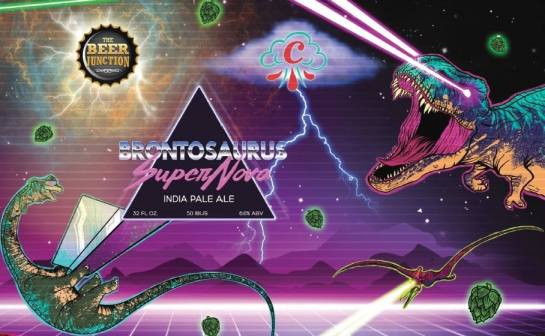 Finding a good tap and bottle shop around Seattle isn’t all that difficult.  We’re fortunate to have several options for where to go beer shopping while enjoying a few pints on tap at the same time.  One of those places that stands out for me in particular, however, is The Beer Junction in West Seattle.  Offering Seattle’s largest selection of more than 1,300+ different beers (plus cider and mead) and an incredible 70 taps of beer, cider, mead and wine, The Beer Junction has become my favorite after-work destination to enjoy a few cold ones from their always excellent and diverse tap selection and check out what’s new in bottles and cans.

Each year, as their anniversary approaches, The Beer Junction teams up with a local brewery to create a special anniversary beer to help them celebrate.  Last year it was Cinq Houblon, a Saison brewed by Sound Brewing out on the Kitsap peninsula.  The year before that it was Black Sands Coconut Cream Imperial Stout, from Fort George Brewing in Astoria, Oregon.  I’m still aging a bottle of that one in my cellar at home. 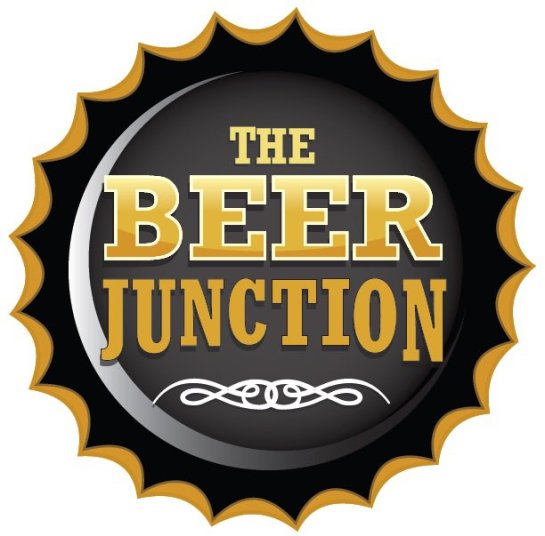 This year, for their 6th Anniversary, The Beer Junction has teamed up with one of Seattle’s most popular new breweries, Cloudburst Brewing, to create Brontosaurus Super Nova IPA, a 6% IPA, brewed with 5 different hops: Galaxy, Mosaic, Citra, Simcoe, and Mandarina.  Cloudburst has been putting out new IPAs left and right since they first opened back in January of this year and I’ve really enjoyed every one I’ve had the opportunity to try.  So, I’m really looking forward to sampling some Brontosaurus Super Nova when The Beer Junction begins their 6th Anniversary celebration this Friday.  The festivities get under way when they open their doors at 11:00 am.

The crew from Cloudburst Brewing will be on hand starting at 5:00 pm tomorrow as well, to help The Beer Junction kick off the celebration which will continue through the holiday weekend.  Brontosaurus Super Nova will only be available on tap but don’t worry, The Beer Junction has labeled and pre-filled over 100 crowlers (32 oz can growlers) and they’ll be filling growlers, so you’ll be able to take some to go.

Here are some of the other special kegs that will be tapped for the anniversary celebration:

There are some impressive additions there to The Beer Junction’s already impressive tap lineup.  I’m very happy to see Rodenbach Alexander on the list as well.  I recently picked up a bottle of this rare vintage and I’ve been eager to try it but part of me also wants to wait and age it.  Now, with it set to be on tap for the celebration, I’ll be able to save my bottle.  Thanks Beer Junction!

From the Brontosaurus Super Nova label:

____INCOMING TRANSMISSION____
Brontosaurus SuperNova is an IPA with dinosaurs and supernovas and space and hops and other great amazing things that make beer. Like did we mention hops? Everybody likes HOPS. Did you know dinosaurs like hops? Hops even exist in space! like GALAXY Hops (duh). CITRA, MOSAIC, SIMCOE AND MANDARINA. This IPA was made for The Beer Junction’s 6th anniversary! Did you know _INCOMING TRANSMISSION_ TREX Lazer Emporium for all of your TREX LAZER needs! Including TRexs, Lazers, Lazer goggles, accuracy upgrades for your TREX LAzer. Soddies, Cowboy Hats, Ride your TREX Lazer in STYLE! Fun FACT – Borntosaurus didn’t exist, kind of like how Pluto isn’t a planet, that’s messed up right? Also, did you know that in the 1980s –
END TRANSMISSION