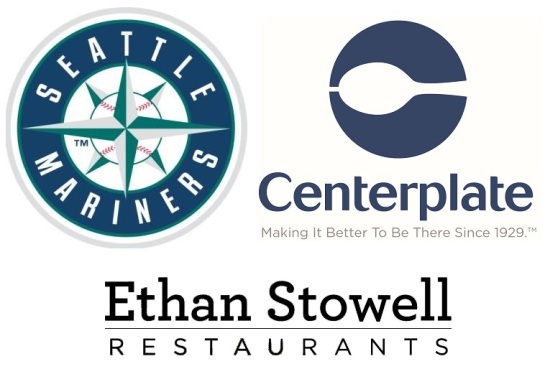 Last year at about this time, I attended a food and drink preview at Safeco Field for the 2015 Seattle Mariners season.  It was an impressive spread with a wide variety of options like crab sandwiches, burgers, gourmet hot dogs, flatbread pizzas and more, plus a wide array of locally sourced craft beers, wines and even high end cocktails.

Well, I’ve been invited back again this year for the 2016 food and drink preview, and I’m eager to see what delicious new items and what new and returning craft beers and other drinks I’ll find available for this season.  One thing is for sure, a big feature of the 2016 menu will be gourmet sandwiches, using high end ingredients like Beecher’s Cheese, Hempler’s Bacon and Baker Boys Northwest Brioche Bread.  I love a good sandwich, so that sounds pretty good to me.

Here is the full press release from the Seattle Mariners and Safeco Field:

Gooey grilled Beecher’s Cheese with Hempler’s bacon, mounds of shaved prime rib beef and slices of hand-rolled porchetta on a fresh baked ciabatta roll, and an expanded selection of popular canned beer and Northwest craft brews are highlights of the menu at Safeco Field during the 2016 Seattle Mariners season.

Centerplate, the Seattle Mariners concessions partner, and noted Seattle restaurateur and Safeco Field consulting chef Ethan Stowell have created a variety of new ballpark food based on fresh and local ingredients. This inspired collaboration, now in its sixth year, has won Safeco Field a reputation for serving locally-inspired restaurant-quality food in a ballpark setting.

The Big Cheese
Seattle’s own Beecher’s Cheese is the inspiration for The Big Cheese grilled cheese sandwich bar near Section 111, Main Level. Sandwiches are served with Tim’s Cascade Chips on the side.

Safeco Field Sausage Company featuring Hempler’s Meats
Hempler’s Meats joins the Safeco Field lineup this year. In addition to the cottage-style bacon in the grilled cheese sandwiches, products include European-style center cut bacon on the bacon cheeseburgers, chicken and ham deli meats, and a selection of artisan-style pepperoni sticks. Hempler’s sausages, Hot Links and jalapeño cheddar Andouille sausage will be available at five Safeco Field Sausage and Double-Play Chicken & Sausage locations throughout the ballpark. Hempler’s is a family owned company based in Ferndale, Washington that is a favorite of foodies for their high-quality locally cured meats made from family recipes that date back to the 1800s.

Liege Waffles
Authentic Liege Belgian Waffles from Sweet Iron Waffles (Downtown at 3rd and Seneca) are featured at the concession stand near Section 136 on the Main Level. Liege-style waffles are made from a rich Brioche yeasted dough studded with sweet pearls of sugar topped with powdered sugar or dipped in dark or white chocolate. The waffles feature organic, local, all-natural ingredients including flour is from Shepherd’s Grain, an alliance of family farmers dedicated to sustainable agriculture.

Barefoot Wine
Barefoot Wine is new to Safeco Field this season with two varieties of the Barefoot Refresh spritzers in an 8 oz. can. Crisp White is vibrant and light bodied with aromas of melon and pear and a lemon-lime finish. Summer Red is fruity and light with a hint of raspberry and orange. Barefoot is the number one wine brand in the world with the mission to make the world a better place through wine.

Keg Wine, which is available at The First Base Vine at Section 126, features Prosser’s 14 Hands Merlot and Chardonnay on tap by the glass or carafe.

Cans & Craft Beer
Safeco Field boasts an outstanding selection of beer including draft beer from craft brewers from around the Pacific Northwest and a few great beers from around the country. With the growing popularity of canned beer, more options have been added to the Safeco Field lineup of domestic and premium beers. The canned concept also includes specially-priced $6 16 oz. Miller High Life, Hamm’s, Icehouse and Milwaukee’s Best, available at Good Hops Beer locations, the Hit It Here Café and The Sultan of Sandwich Classic Beer window.

About the Seattle Mariners and Safeco Field
Safeco Field is the home of the Seattle Mariners of Major League Baseball’s American League West Division. Opened in July 1999, Safeco Field has drawn over 42,000,000 fans to baseball games and hosted such diverse non-baseball events as weddings, high school graduations, major charity fundraisers, WWE WrestleMania XIX, NCAA football and Gold Cup Soccer. Over the years, Safeco Field has earned a reputation for great food and beer and is noted by fans, Major League players and the media as one of the best ballparks in baseball for its beautiful setting and excellent sight lines.

About Centerplate
Centerplate is a global leader in live event hospitality, “Making It Better To Be There®” for more than 115 million guests each year at more than 300 prominent entertainment, sports and convention venues across North America, Europe and the United Kingdom. Centerplate has provided event hospitality services to 30 official U.S. Presidential Inaugural Balls, 13 Super Bowls, 22 World Series, the 2010 Winter Olympic Games, and the largest plated dinner in history at the Alpha Kappa Alpha Centennial Celebration. Visit the company online atCenterplate.com, or connect via Twitter @centerplate or Facebook/centerplate.

About Ethan Stowell
Ethan Stowell is the executive chef and owner of Ethan Stowell Restaurants in Seattle. His highly acclaimed restaurants include Tavolàta, How to Cook a Wolf, Anchovies & Olives, Staple & Fancy Mercantile, Ballard Pizza Company, Rione Xlll, Bar Cotto, Mkt., Red Cow, Frēlard Pizza Company, Bramling Cross, and Marine Hardware, as well as Goldfinch Tavern in Four Seasons Hotel Seattle. His food philosophy is all about keeping it simple, using fresh ingredients, and allowing the food to do the talking.

In 2010, Stowell launched Lagana Foods, an artisan pasta line, and began consulting for the Seattle Mariners. His work with the Mariners helps to bring local products into the stadium for fans to enjoy. Ethan Stowell’s New Italian Kitchen was released in September 2010 from Ten Speed Press.

Deeply devoted to his hometown, Stowell is a fervent advocate committed to seeing that Seattle is recognized nationally as a culinary destination. He and his wife, Angela, and their two young sons, live in Seattle’s Green Lake neighborhood. To learn more, visit www.ethanstowellrestaurants.com.

If this year’s preview is anything like last year’s, I’d better arrive hungry.  The preview happens one week from today, so please visit Craft Beer Monger again next Thursday or Friday for a full recap of the event, including photos and my impressions of the new offerings for this season.  Go M’s!