It’s time for a big celebration at one of the World’s smallest production breweries.  Foggy Noggin Brewing Company in Bothell is getting ready to celebrate their 6th Anniversary this coming Saturday, March 26th.  They’ll be releasing their 2016 Anniversary Ale and will be pouring rare beers all day long.

Foggy Noggin specializes in small batch English Style Ales and they do a fine job of it on their tiny, 1/2 barrel brewing system.  Their doors first opened on March 20th, 2010 with just two beers on tap: Bit O’ Beaver (English Bitter) and Christmas Duck (Porter).  Today they have up to 10 beers on tap at their modest taproom. 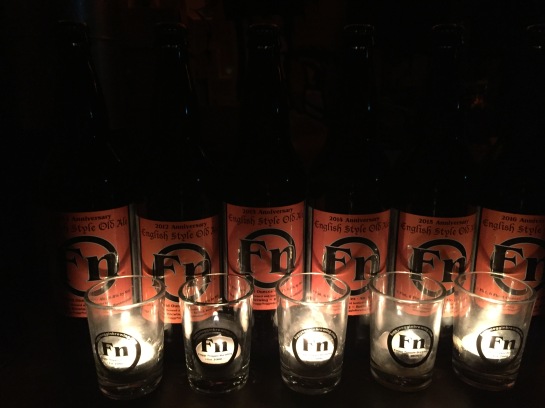 Here is some more information about the Anniversary celebration from Foggy Noggin Brewing Company:

What you won’t see at our 6th Anniversary Celebration:

What you will see at our 6th Anniversary Celebration:

We thank the beer community for the tremendous support we have received over our first 6-years journey and look forward to what is ahead in the next coming years.

If you’ve never been to the Foggy Noggin taproom before, this is a great time for a visit.  So mark your calendar for this coming Saturday and come out to Bothell for some Fn beer.  I haven’t been to the taproom in a while myself, so I’ll have to see if I can make it.  You can let Foggy Noggin you’ll be attending by checking in on their event page on Facebook.