One of Seattle’s best little breweries that you’ve probably never heard of, Standard Brewing Company, is preparing to celebrate their 3rd Anniversary this coming Saturday, March 19th.  I told you about Standard Brewing Company back when they first opened their doors in March of 2013 and, since then, there have been lots of changes, including their current, ongoing expansion.

Launching with a modest 20 gallon brewing system, Standard Brewing’s founder, Justin Gerardy, certainly had his work cut out for him.  Even with brewing on such a small scale, however, Justin was able to produce amazingly consistent beers from batch to batch and managed to keep about 6 different beers on tap in the taproom at any one time.  That’s an impressive feat when you’re only getting four 5-gallon kegs per batch.

For the first and most important part of their ongoing expansion, Standard Brewing closed out 2015 and welcomed 2016 with a 7 barrel brewing system; a major upgrade from their original 20 gallon system.  They also increased the capacity from their original (and pretty cramped) taproom to a large, partially-covered outdoor patio.  They are also working on expanding the indoor taproom, but their expansion plans have been stalled a bit by Seattle’s constructions project(s) on 23rd Avenue and other city projects in the Central District. 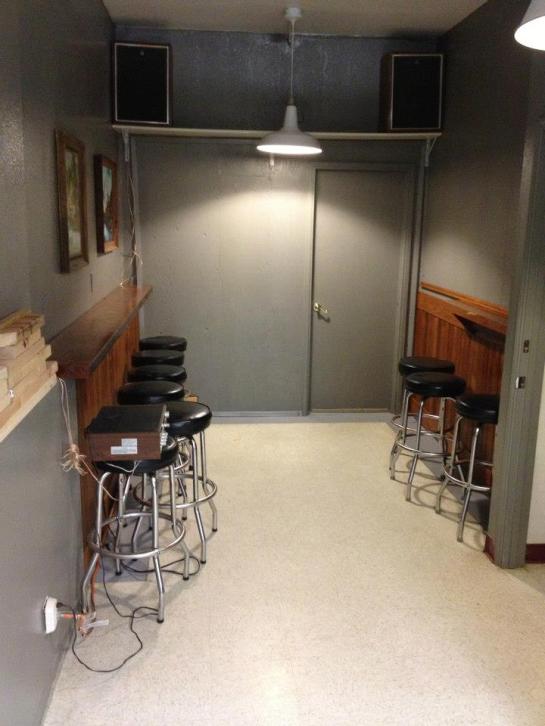 The beer is still flowing, however, and on any average weeknight or weekend, you’ll find a pretty decent sized crowd of locals enjoying the beers at Standard Brewing.  I visited again recently myself to check out the new brewing system and the expanded patio and definitely liked what I saw and tasted.  The beers are still on point and with the new brewing system, they’re able to keep more beers on tap and even introduce more new beers.  In fact, for their anniversary this Saturday, they’ll be releasing an anniversary version of their bourbon strong ale: Skid Road.

If you attended or heard about the recent Hop Mob Triple IPA Roadshow kickoff at Brouwer’s Cafe just this past February, then you may have even heard that Standard Brewing Company’s Philistine Triple IPA took first place in the judging.  When they were announced as the winner, however, I heard some people at Brouwer’s asking, “Who is Standard Brewing?”  Well, now they know and so do you.

Here is some more information about the anniversary celebration and bottle release from Standard Brewing Company:

Hey everybody, it’s been 3 years! I know, how’d that even happen? We’re super excited to throw a big party for everyone, and release a new beer in 22 oz format. With the biggest patio we’ve had for an anniversary, this Saturday, March 19th, we’ll be throwing down from noon till midnight. We’re releasing 33 cases of Skid Road, our bourbon strong ale, in 22 oz bottles. We took a blend of beer stock to produce a strong ale, with leathery, robust malt, and aged it in Woodford Bourbon barrels, to produce a delicious, rich sipper. Bottles will be $14, and there will be a 4 bottle limit per person. Check it out:

Bottles will be sold out of the garage door, and we’ll be taking credit cards only for those purchases. On premise beverages will be sold inside the tasting room, as usual. We will have Woodshop BBQ on hand, serving up their smoky goodness from 5 until late. Come on down and party with us. The forecast looks favorable, and if it doesn’t play along, we’ll have plenty of pop up tents to keep everyone dry on the patio.

On hand, we’ll be joined by a couple friends, including old compatriot and fantastic gentleman Connor O’Brien, and new Standard employee Robbie Bessey, who you may know from Chuck’s Hop Shop up the road. Starting Monday, March 21st, Standard will be open 7 days a week, and Robbie will be taking the helm on Mondays and Tuesdays. Come kick off the good news with us and welcome Robbie to the crew.

Standard usually opens at 2 pm on Saturdays but this Saturday they’ll be opening at noon for the anniversary celebration.  If you’ve never been to Standard Brewing Company before, then this is a great opportunity to come check them out.  If you plan on purchasing any bottles of Skid Road Bourbon Strong Ale then please note, as indicated above, that Standard will be taking credit cards only for those purchases.

One thought on “Standard Brewing Turns 3 This Saturday”