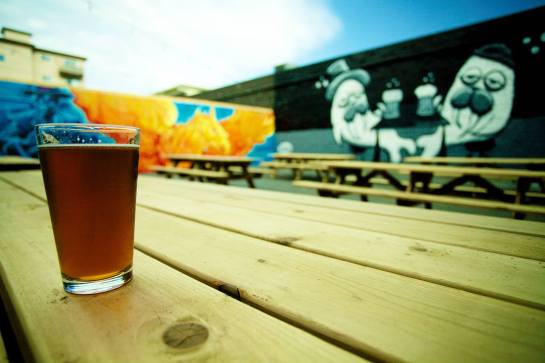 “In THE NAKED CITY, it doesn’t matter where you’re going or where you’ve been, all that matters is great living and great beer.”  That’s a quote from the ‘About’ page for Naked City Brewery & Taphouse, and it pretty much sums up their overall philosophy.  Started by founder and head brewer Don Webb, Naked City has been providing Seattle craft beer lovers with delicious beers and great food since October of 2008.

The sheer number of events occurring during Seattle Beer Week is too daunting to even think of trying to hit them all, so you’ll have to pick and choose carefully.  Watch for Craft Beer Monger’s picks for this year’s Seattle Beer Week in an upcoming article.  Perhaps one of those picks will include one of these 6 big events from Naked City, featuring over 70 different breweries and 100 different beers.

Seattle, WA – Naked City Brewery is celebrating six years as a founding sponsor of Seattle Beer Week with 6 epic events featuring over 70 breweries and 100 of the finest beers from the Northwest. Each event features a unique line-up of rare & specialty brews, delicious food pairings from Chef Tessa, and an outdoor bar in the newly expanded Walrus Beer Garden, which officially opens for summer when the Seattle Beer Week Tour Bus arrives on Opening Night, May 8.

North Meets South, Monday, 5/12, 6-9pm: Naked City traversed Washington State without stopping in the middle, and brought back 18 great beers, and brewers, tucked into the borderlands.

Oregon Legends, Wednesday, 5/14, 6-9pm: This historic night gives Seattleites the chance to meet the founders and head brewers of eight of Oregon’s finest breweries, and to taste their rarest specialty beers.

Big Naked Washers Tournament, Saturday, 5/17, 1-4pm: Welcome to all skill levels, the game of brewers is best played on a sunny day with a pint in hand in the Walrus Beer Garden.

Featuring two large murals by local artists, the Walrus Beer Garden is built on the site of the ruckus, legendary Walrus blues tavern of the 1970s. Naked City’s comfort food menu is available with table service at each of nine large picnic tables and an outdoor bar. All ages welcome till 10pm.

Naked City is in Seattle’s North end (just off 85th on Greenwood Avenue North), so I don’t get there nearly as often as I’d like, but Don Webb (along with assistant brewer Isaac Hatter and the rest of the Naked City brew crew) has a real passion for his work, and it shows in the quality of Naked City’s beers.  With 24 rotating taps of Naked City beers and usually a few guest taps, there’s always something delicious to try. 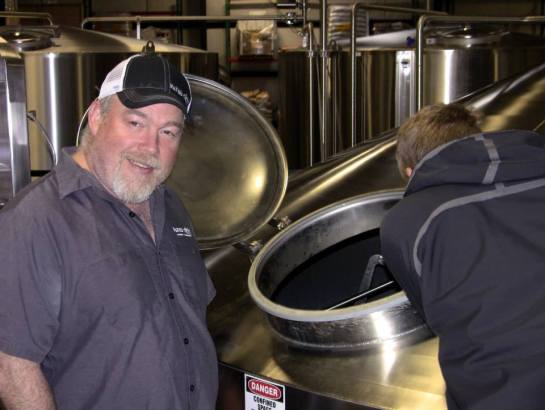 Don Webb At The Brewing Of Six Degrees Of Collaboration IPA

Check your Seattle Beer Week events calendar and pick one of these events to attend; heck, pick ’em all if you like.  Also, in case you weren’t aware, Naked City Brewery & Taphouse is also the last stop on the Seattle Beer Week’s kickoff night on Thursday, May 8th.  Will you be hitting all the stops?