If you’re a craft beer lover, then you have to know how very lucky you are to be living in the Puget Sound.  The Seattle area and indeed the entire Northwest region of the U.S. is a veritable craft beer Mecca.  As a result, we have easy access to a wide selection of some of the very best craft breweries and craft beer bars in the whole nation.  Sometimes we tend to forget how good we have it here and start to take all of that incredible quality and selection for granted.

The time has come to alleviate that complacency and celebrate one of Seattle’s favorite craft breweries: Naked City Brewery & Taphouse – and one of Seattle’s favorite craft beer bars: Beveridge Place Pub.  These two staples of the Seattle craft beer scene are each celebrating major milestones this month.  Naked City celebrates their 5th Anniversary next Saturday, October 19th and Beveridge Place Pub celebrates their 10th Anniversary (at their current location) with 3 days of festivities starting on Thursday, October 24th. 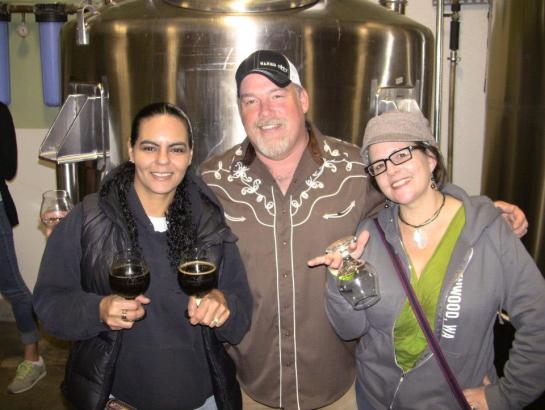 My Wife, Lynn, With Don Webb And Janet Haynish-Webb

First up is Naked City who has an all day celebration planned for the 19th, including live music from Simon Kornelius (and many special guests), oyster shooters and other food specials and, of course, a wide variety of delicious Naked City beers, including some rare selections that are only available once a year for their anniversary celebrations.  There will be over 26 different Naked City brews on tap and a few special barrel aged beers to enjoy as well.

Also available for purchase will be the official Naked City 5th Anniversary T-Shirt, designed by Tasha Reidman.  You can only get the T-Shirt at Naked City and only on the 19th.

Naked City offers a full menu and is kid friendly until 8 PM.  So come on out, enjoy some award-winning beers and help Don, Janet, Isaac, Bryan, Corina, April and the entire Naked City crew celebrate 5 amazing years.  To learn more about Naked City Brewery & Taphouse, head over to their webpage.

Starting the following Thursday, it’s time to head over to West Seattle and kick off three days of revelry at Beveridge Place Pub.  One of my favorite craft beer hangouts, Beveridge Place has repeatedly found itself near the top of many ‘best of’ lists.  Boasting 36 taps and a large bottle selection (150+), Beveridge Place’s friendly atmosphere and knowledgeable staff do a great job of making you feel welcome.  They don’t offer food, but you are welcome to bring in any outside food and there are several local food places that will deliver to you right inside Beveridge Place Pub, including: Zeek’s PIzza, Kokora’s Greek Grill, Harry’s Chicken Joint and more.  Beveridge Place is also dog friendly (for well behaved dogs – no barking – and no dogs allowed on the furniture or in the couch area), but children are not allowed (21+ only). 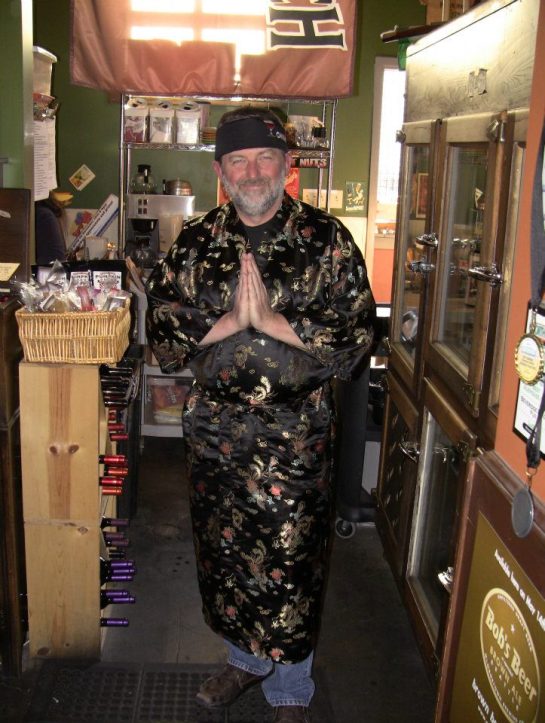 Gary Sink During An Iron Brewer Competition In 2012

To prepare for this epic event, Beveridge Place’s Gary Sink has been busy these past few weeks, working with several local brewers to create 10 special anniversary beers; one for each of Beveridge Place’s 10 years.

Just a few of the brewers he’s worked with and beers they’ve created for this 10th Anniversary event include:

During the 3 day celebration, Beveridge Place will also have giveaways and Gary will open a big bottle of something special to share with pub patrons.  You have three days to hit this event, so no excuses for missing it!  Come enjoy all the special beers brewed for this event and help Gary, Rob, Lorraine, Natalie, Sarah and the whole crew at Beveridge Place Pub celebrate 10 amazing years!

Here is the complete list of the 10 special brews Gary brewed for this event and other special beers that will be availble:

Here are the special beers that will be tapped each night of the celebration: