Back in February, I told you about another new craft brewery coming to Seattle’s Ballard neighborhood.  That brewery is called Bad Jimmy’s Brewing Company, and they’ve been making some great progress in preparation for their opening.

It takes quite a bit of work to launch a brewery.  Starting with an empty space, you usually need to add plumbing, refrigeration, fermentation tanks, your brewing system, etc., and there are several city licensing requirements and inspections you must pass as well before you can open your doors to the public.  At this point, Bad Jimmy’s has passed the majority of licensing hurdles and are now deep into the ‘build out’ of the brewery.  The bar is in place, the back bar is just about finished and their brewing system should be arriving any day now, at which point they can get going on brewing their initial batches in preparation for opening day.

Here are a few photos of the progress they’re making:

This Is What A ‘Brewery In Progress’ Looks Like 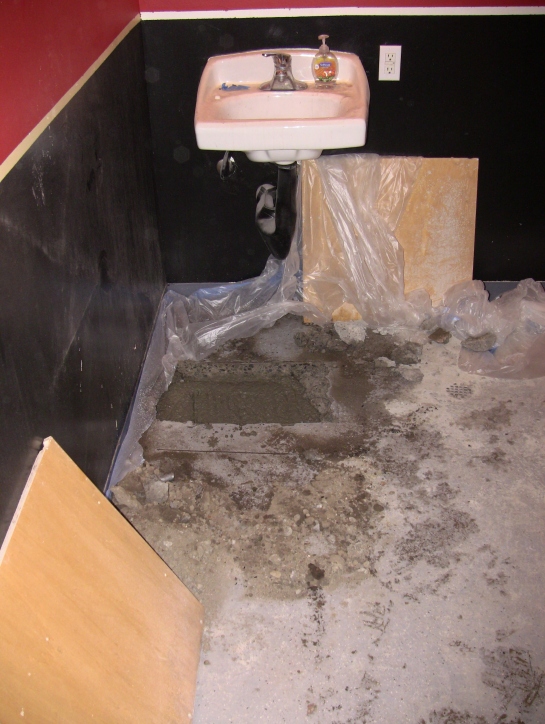 The Bathrooms Still Need Some Work

Since I visited Bad Jimmy’s late last week to take these photos, they’ve made even more progress.  These next few photos have been borrowed from Bad Jimmy’s Facebook page:

The Bartop At Bad Jimmy’s – Classy

Bad Jimmy’s still needs a bit of lead time for brewing before they can open.  They’re hoping to have at least six beers on tap for opening day and, with Summer approaching, I would expect to see a few of their lighter beers first.  That could include their Strawberry Mango Wheat, their Honey Amber or perhaps their Habanero Amber.  There will also likely be a few pre-opening events to help them fine tune things before opening to the public.

April is still the goal for opening, but things may get pushed into the first few weeks of May.  I’ll keep you posted and hope to attend one of Bad Jimmy’s pre-opening events to give you a more in-depth look just before they open to the public.