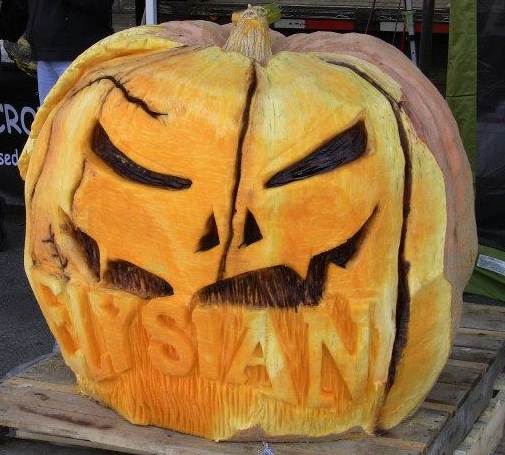 This past Friday and Saturday, October 19th and 20th was the 8th Annual Great Pumpkin Beer Festival at Elysian Brewing‘s commercial brewing facility in Georgetown.  The festival was held in three sessions: one on Friday and two on Saturday.  I attended the 1st Saturday session with my wife, Lynn. The gates opened just before 11:00AM for this sold out event and, by about 1:00PM, things were getting pretty crowded.

The festival was arranged with eight pouring stations (2 inside and 6 outside) each pouring a different selection of pumpkin beers to try.  I grabbed my taster glass and tickets, including a few extra tickets for $2 each, and headed off to start sampling.  There were several pumpkin beers from Elysian brewing, along with selections from across the state, across the country and even one all the way from Norway.  I knew I wouldn’t be able to try every offering, so I relied on word of mouth from a few friends, including fellow beer blogger Brew Dad, and my own curiosity to lead me towards my first few selections before the lines for each tap station began growing too long. 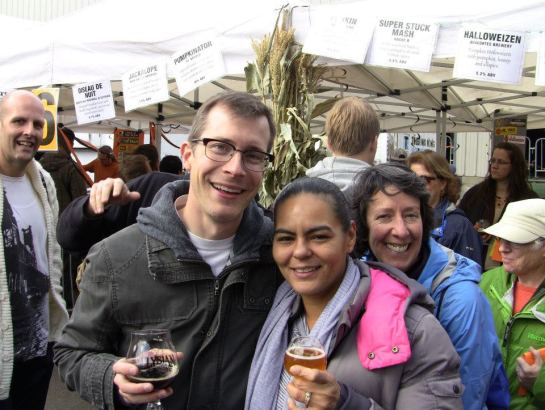 My Wife, Lynn, With Adam Gehrke from Q13 Fox News

One early favorite I found, which I probably wound up spending too many taster tickets on, was Pumpkin Smash from the Cascade Brewing Barrel House out of Portland, OR.  Clearly, I wasn’t alone in my love of this well balanced sour pumpkin ale, made with roasted pumpkin and aged in rum barrels.  My tickets were well spent, however, as Pumpkin Smash was the first keg of the session to blow, and those who missed the chance to taste it definitely heard about it from those of us fortunate enough to get a taste.

Elysian also brought in some local favorites to provide food for the festival including: Snout & Co., Skillet, Where Ya At Matt, Mighty-O-Donuts and Bluebird Ice Cream.  The pumpkin theme was definitely present in the food choices, including things like pumpkin spice dounuts from Mighty-O and a pumpkin pulled pork sandwich offering from Skillet.  These were just a few of the many pumpkin-inspired dishes. 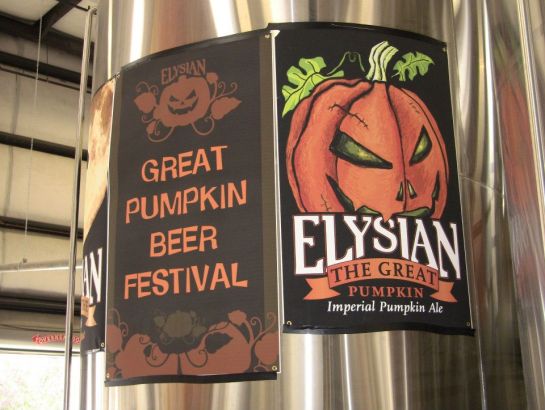 Other pumpkin beer selections which I really enjoyed this year included:

I actually skipped having any Pumking from Southern Tier brewing this year, since I know and love that one quite well; I wanted to try as many as possible that were new to me.  The Great Pumpkin Beer Festival is one of my favorite annual festivals in the Seattle area.  It’s a great way to usher in Fall while having some really delicious pumpkin beers with a great group of people.  Many festival attendees dress in either Oktoberfest and/or pumpkin-inspired garb and really get into it.  My wife and I even ran into local news personality, Adam Gehrke, from Q13 Fox.  If you’ve never attended, I urge you to pick up some tickets for next year’s festivities.  You won’t regret it.